The Historical verdict signed for the execution of Saddam Hossain, the dictator of Iraq and the historical signature of Nouri AlMaleki 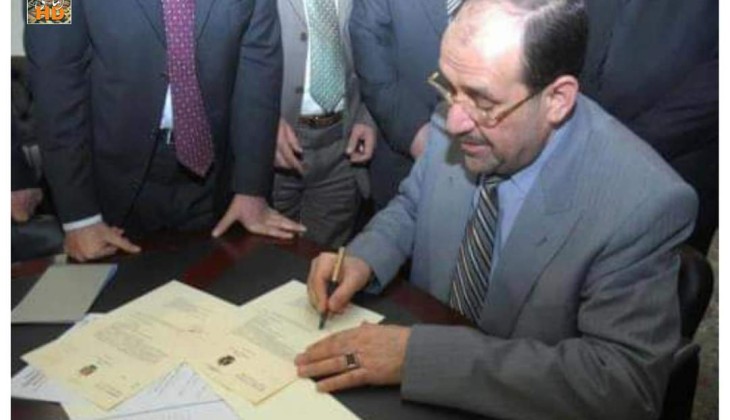 According to Negaheno report, right at the time of issuing the verdict for the execution of Saddam the then minister of justice suddenly disappears so as to avoid the execution of the verdict.The US military forces intended not to hand Saddam Hossain to the Iraqi forces.

Nouri AlMaleki, the then prime minister of Iraq threatened that he would receive Saddam with the help of the Iraqi forces. Only a single day was needed to postpone the execution and the US would have found the opportunity to rescue Saddam.This is when the former king of Qatar calls Hosni Mubarak, the then president of Egypt to call the Americans in order to prevent the execution of Saddam and to imprison him only.

In such a situation, Nouri AlMaleki , the then Prime minister of Iraq knowing the situation and the conspiracy of US and the Arab countries directly intermediates and signs the execution verdict by night. A signature that remains in the history of Iraq and has yet to be fully comprehended to this day.