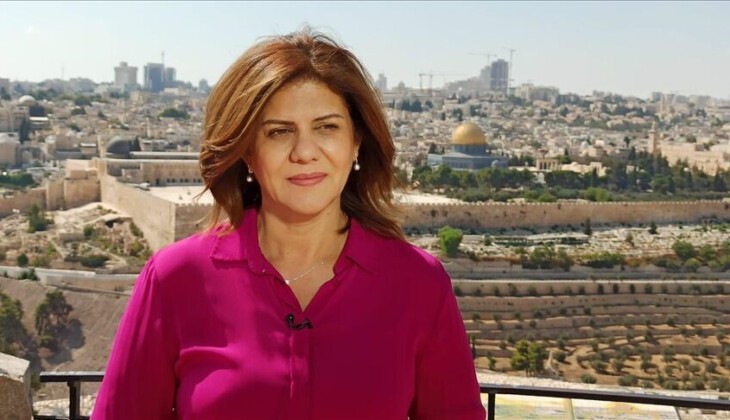 he Israeli military has killed an Al Jazeera reporter in the occupied West Bank while she was reporting on an Israeli raid against Palestinians in the city of Jenin.

The Qatar-based satellite news channel and the Palestinian Health Ministry said the killing of Shireen Abu Akleh occurred on Wednesday, when the regime’s forces stormed the Jenin refugee camp.

The news channel reported that she was hit by a bullet in the head.

“What we know for now is that the Palestinian Health Ministry has announced her death. Shireen Abu Akleh, who has been covering the events unfolding in Jenin, specifically an Israeli raid on a city to the north of the occupied West Bank, when she was hit by a bullet to the head,” Al Jazeera’s Nida Ibrahim said from Ramallah.

“As you can imagine, this is a shock to the journalists who have been working with her.”

Ibrahim, speaking through tears, said Abu Akleh was a “very well respected journalist” who has been working with Al Jazeera since the beginning of the second Palestinian Intifada (uprising) in 2000.

Journalist Ali Asmoadi told Haaretz that he and Abu Akleh were wearing their press vests when military forces shot at them.

The Palestinian health ministry also said another journalist sustained a gun shot wound to the back. The Associated Press said the Palestinian journalist, working for the Al-Quds newspaper, was in a stable condition.

The Israeli military claimed that “armed suspects opened fire” at its forces and hurdled explosives at them, and that the forces fired back.

Recent weeks have seen an escalation of Israeli forces’ violence in the occupied West Bank amid plans by the regime to construct more illegal settlements in the territory.

Al Jazeera’s bureau chief in Ramallah, Walid al-Omary, disputed the Israeli military’s statement, saying there had been no shooting carried out by Palestinian gunmen.

The news network’s managing director, Giles Trendle, said the network was “shocked and saddened” by the killing of Abu Akleh

In a statement following the incident, the office of the Palestinian president condemned the killing, saying it holds the Israeli regime “fully responsible for this heinous crime.”

It said “executing” journalist Abu Akleh and wounding journalist Ali Samoudi “is part of the [Israeli] policy of targeting journalists to obscure the truth and commit crimes silently.”

The Palestinian resistance group Hamas condemned in the strongest terms what it called the “premeditated murder” of the Palestinian journalist.

It said the world and all international institutions must condemn the heinous crime against the press and free speech and hold the Israeli regime accountable.

This crime will not succeed in preventing the role of the media and free journalists in conveying the truth, the reality of the Israeli occupation, its brutality, terrorism, and crimes against the Palestinian people, land, and holy sites, the Gaza-based resistance group added.

Qatar: Israeli terrorism has to end

Qatar’s deputy foreign minister also condemned the killing by the “Israeli occupation” and called for an end to the “state sponsored Israeli terrorism.”

“Israeli occupation killed Aljazeera journalist Sherine Abu Aqleh by shooting her in the face while wearing the Press vest and a helmet,” Lolwah Alkhater wrote in a tweet.

“She was covering their attack in Jenin refugee camp. This state sponsored Israeli terrorism must STOP, unconditional support to Israel must END,” she added.