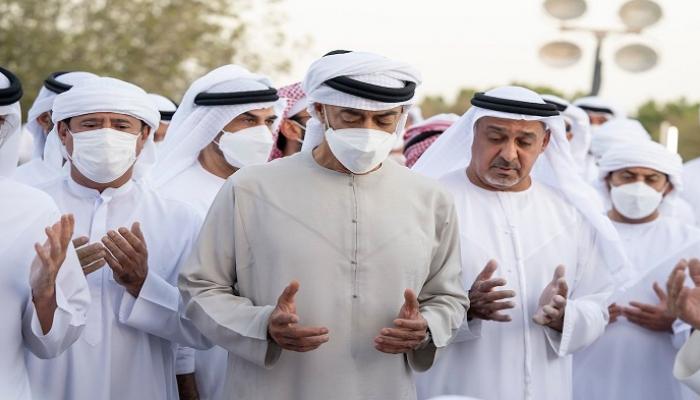 Mohammad bin Zayed officially became the new president of the UAE, to end the feud between the Al-Nahyan princes for power. The ruler of Dubai, Mohammed bin Rashid Al-Maktoum, has pledged allegiance to Mohammed bin Zayed, the ruler of Abu Dhabi, as head of the UAE.

Indeed, what will be the model of “Mohammad bin Zayed’s ” government, will the UAE appear more aggressive in its foreign policy than before? In the meantime, where are UAE’s relationships with Saudi Arabia and Iran heading?
“With Bin Zayed’s arrival, the UAE’s relations with Saudi Arabia will bolster beyond the the Yemen subject, and with Muhammad bin Salman and Bin Zayed in convergence and in line with a unified foreign policy, they will be more aggressive” Mehdi Azizi, an expert on West Asian affairs, told Sub e no. They even cooperated closely in suppressing the Bahraini people and will pursue this issue further. Although Abu Dhabi and Riyadh’s considerations about Iran will be the same as in the past, they will be closer to the West; This makes the behavior of these two countries in the region more dangerous than before, especially when the news of the death of the King of Saudi Arabia is announced and Muhammad bin Salman takes over the throne.

The world media calls Muhammad bin Zayed by various titles, some consider him the architect of the UAE, others call him the great devil in the Arab world. Mohammad bin Zayed, who was appointed as the head of UAE yesterday, was previously the Crown Prince of Abu Dhabi and the Deputy Commander-in-Chief of the Armed Forces, who has been known for many years as the main decision-maker in the country. Bacause of his views which are aligned and common with that of the West, the United States, Saudi Arabia, and the Zionist regime consider him to be a key players in the region.
He is referred to in the Western media as the MBZ, as Saudi Crown Prince Mohammed bin Salman is known as “MBS”. He is the enemy of the Islamists of the Muslim Brotherhood and against the liberation of Jerusalem from the Zionist regime. Such policies of the UAE will certainly change the future of the Middle East, which is currently in a difficult situation.
Muhammad bin Zayd, is the third son of Sheikh Zayed bin Sultan Al-Nahyan and was the closest amongst all his children. Sheikh Zayed, the founder and President of UAE and former ruler of Abu Dhabi passed away in 2004 and was by succeeded by Sheikh Khalifa.

Bin Zayed is now the Emir of Abu Dhabi and President of the United Arab Emirates, and his younger brother, Abdullah bin Zayed, is the current Secretary of State of the United Arab Emirates. Born in Abu Dhabi in 1961, Mohammed bin Zayed graduated from the Royal Sandhurst Military School in the United Kingdom in 1979 with a degree in helicopter pilot training. He has been in power since Sheikh Khalifa suffered a stroke in 2014.

Mohammad Bin Zayed, who is not yet sixty years old, is undoubtedly the most powerful man in the UAE. His policies and plans are very similar to those of the leaders of the Arab countries, like Muhammad bin Salman, the Crown Prince of Saudi Arabia, and because of some of his policies, he is called the great devil among the Arab countries. That is why many put Muhammad ibn Zayd and Muhammad bin Salman together and call them the masterminds and founders of the new crises in the Middle East. However, the two are still mired in their country’s eight-year war in Yemen, and are pursuing the normalization of relations with the Zionist regime and the violation of the rights of the oppressed Palestinian people by pursuing a so called policy of fairness.

One must not forget; the UAE has increasingly sought to play an effective role in regional power relations since the Arab Spring uprisings. Due to its geographical location and trade-based economy, it seeks to expand its political and military influence in various areas of the region.To legitimize these goals, Abu Dhabi put the policy of aligning with world powers on its agenda.