Enemies seek to set Iranians against establishment, to no avail 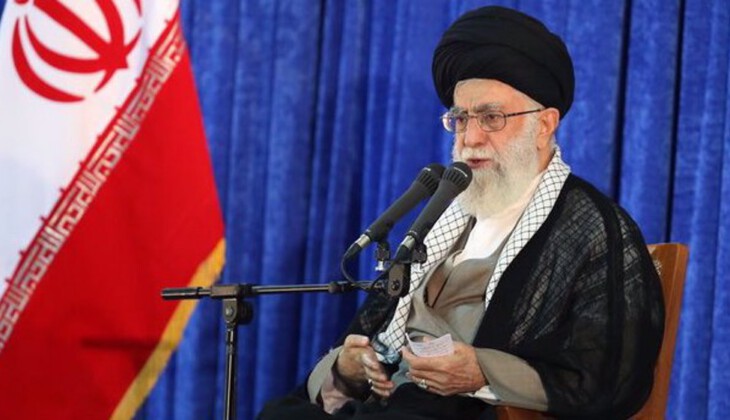 Leader of the Islamic Revolution Ayatollah Seyyed Ali Khamenei says the enemies are seeking to pit the Iranian people against their government and the Islamic establishment but all to no avail.

Ayatollah Khamenei made the remarks on Saturday at a ceremony marking the 33rd anniversary of the passing of Imam Khomeini, the founder of the Islamic Revolution.

The leader said Western countries mainly pin their hopes on the popular protests in order to overthrow the Islamic Republic.

“By launching psychological warfare, recruiting mercenaries, and staging media campaigns against Iran, they attempt to set people against the Islamic establishment,” he said.

However, the Leader added the enemy is making miscalculations as they did before by erroneously believing that it can stir up public dissent in the country.

He also underlined that the West has plundered nations all the way from Asia to Africa and South America for the last three centuries.