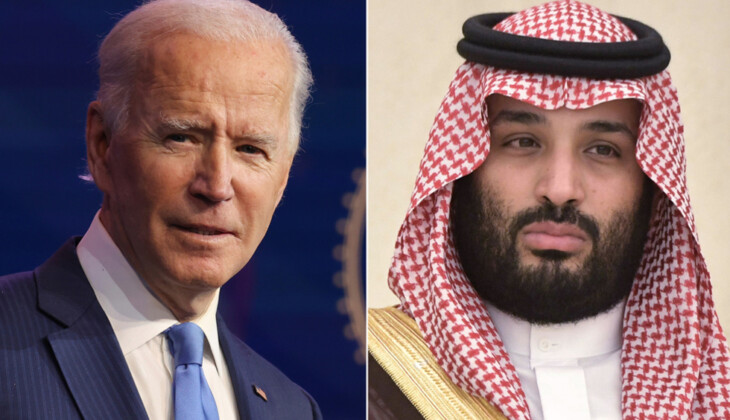 Congressman Adam Schiff says US President Joe Biden should not visit Saudi Arabia or meet its Crown Prince Mohammed bin Salman (MBS), who was accused by American intelligence of ordering the assassination of journalist Jamal Khashoggi.

A team of Saudi operatives murdered Khashoggi, a Washington Post journalist, in the Saudi consulate in Istanbul, Turkey on October 2, 2018.

Biden, who once called for Saudi Arabia to be made a pariah, on Friday acknowledged the possibility he may visit Saudi Arabia soon, according to American media reports.

Asked if Biden should go to the kingdom and meet the crown prince, its de facto ruler, Representative Schiff said: “In my view, no.”

“I wouldn’t go. I wouldn’t shake his hand. This is someone who butchered an American resident, cut him up into pieces and in the most terrible and premeditated way,” said Schiff, who chairs the House of Representatives intelligence committee.

Saudi Arabia has denied any involvement by the crown prince in the murder and rejected a US intelligence report that assessed that MBS “approved an operation in Istanbul, Turkey to capture or kill” Khashoggi.

“Until Saudi Arabia makes a radical change in terms of (its) human rights, I wouldn’t want anything to do with him,” Schiff said of the crown prince.

Schiff also dismissed arguments that Biden should visit the kingdom to try to get it to increase oil production and lower American gasoline prices.

The price for a gallon has doubled since Biden took office in January last year, but that same gallon costs $4.81 on Saturday morning, according to data from the non-profit American Automobile Association (AAA). The association said the average gallon of gas cost only $2.39 during the first week of Biden’s presidency.

The gasoline prices are a problem for Biden and his fellow Democrats ahead of the November midterm congressional elections.

Schiff said the United States should wean itself off oil “so we don’t have despots and murderers calling the shots.