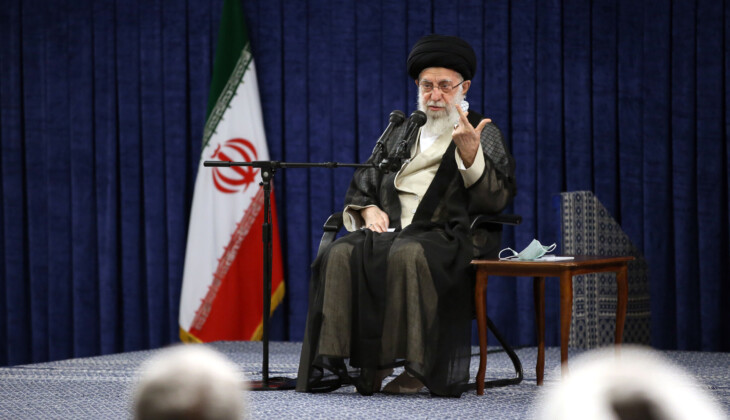 Addressing a host of officials responsible for the Hajj pilgrimage in a meeting, the Leader of the Islamic Revolution said that revealing the conspiracies of the Zionist regime is one of the essential obligations in Hajj.

On the threshold of this year’s hajj congregation, Iranian Hajj officials met with Ayatollah Seyyed Ali Khamenei on Wednesday morning.

The meeting is held every year upon the arrival of the Hajj season, during which the Leader delivers his advises and message to the pilgrims and the organizers of the religious rituals.

The Leader hailed the resumption of the Hajj pilgrimage after a two-year hiatus as a major blessing, saying the annual ritual is a symbol of unity among Muslims.

Efforts should be made so that the Islamic unity is not disrupted, Ayatollah Khamenei said, warning that sowing sectarian strife has long been a scheme used by the British.

The Leader described revealing the Zionists’ plots and conspiracies as among necessities during the Hajj pilgrimage.