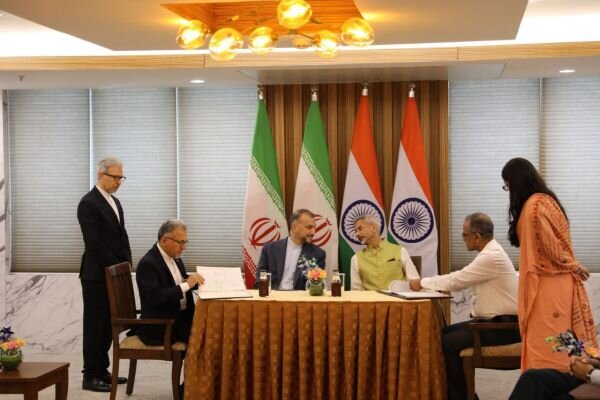 The Iranian Foreign Minister and his Indian counterpart signed a legal assistance agreement between Tehran and New Delhi on Wednesday.

Following the meeting, the Foreign Ministers of the two countries signed a legal assistance agreement between the Islamic Republic of Iran and the Republic of India.

Indian Foreign Minister in a tweet after meeting wrote, “Our discussions today will reflect our close and friendly relations.”

The Iranian Foreign Minister also met and held talks with the National Security Advisor of India on Wednesday.

This two-day visit takes place at the official invitation of his Indian counterpart.

Currently, the level of Iran-India relations is appropriate, he said upon his arrival in New Delhi, India, noting, “In the exchange of delegations between the two states, particularly in the incumbent government, there is the growth of comprehensive ties, including in economic and cultural areas.