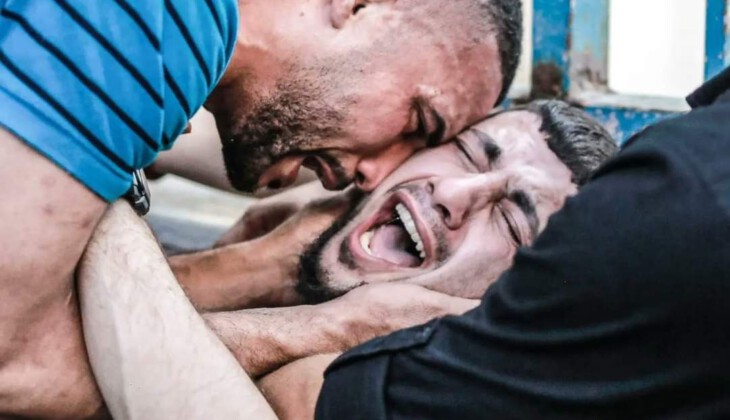 At least two Palestinians have been killed and several others injured in the fresh round of Israeli airstrikes against the besieged Gaza Strip.

At least two Palestinians have been killed and several others injured when the Israeli military carried out new airstrikes against the Gaza Strip, as the Tel Aviv regime continues its acts of aggression against the blockaded Palestinian coastal enclave.

Palestinian media outlets reported that an Israeli airstrike near Khan Younis in the southern Gaza Strip killed at least one person.

At least two others were wounded in the strike, the reports added.

Meanwhile, another airstrike targeted a motorcyclist in the Shuja’iyya neighborhood of Gaza City, local media said.

Israel attacked the besieged Gaza Strip with warplanes on Friday, killing at least ten people, including a senior commander of the Islamic Jihad resistance movement and a young girl.

Taysir al-Jabari, a commander of the al-Quds Brigades, the military arm of the Islamic Jihad, died in an air raid on an apartment in the Palestine Tower in the centre of Gaza City, the group said.

The health ministry in Gaza said at least 55 people were also wounded, and being treated at hospitals as a result of the Israeli raids.

The five-year-old girl, Alaa Qaddoum, was reportedly killed in a missile attack along with her father while they rode a motorcycle to go shopping for groceries.

In the first response to the Israeli attacks, the Islamic Jihad fired more than 100 rockets toward the occupied territories.

The movement called the retaliatory barrage only an “initial response” to the Israeli bloodbath.

“As an initial response to the killing of senior commander Taysir al-Jabari and his brethren martyrs… the al-Quds Brigade covered Tel Aviv, central cities, and areas surrounding Gaza with more than 100 rockets,” the Islamic Jihad’s military wing said in a statement on Friday.

Secretary-General of the Islamic Jihad, Ziyad al-Nakhalah said the Israeli enemy must expect a “non-stop” confrontation in the wake of the Friday aggression.

There will be no truce following this attack, the Islamic Jihad official said. All resistance groups must struggle under one flag in this fight, Nakhalah said.

A round of sirens was heard across the occupied territories, especially in a number of communities located on the border with the Gaza Strip.

Sirens sounded in the communities of Kissufim and Ein HaShlosha, and in the town of Sderot. There are no immediate reports of damage or injuries