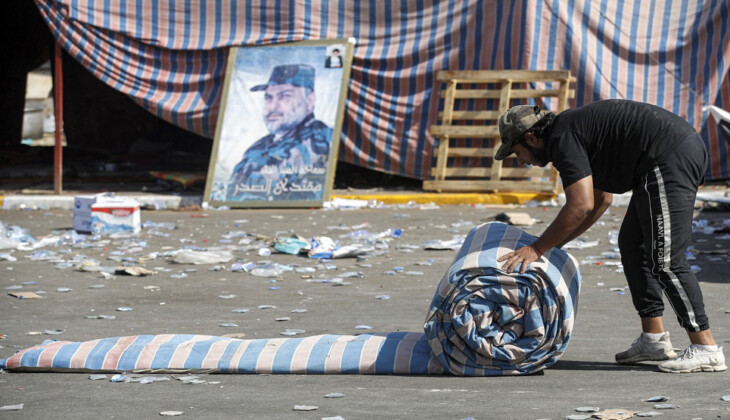 As the political turmoil in Iraq subsides, Iran says it wants the neighboring Arab country to be stable and powerful, lauding the wisdom shown by all sides in overcoming the “great sedition.”

Iranian Foreign Ministry said in a statement released on Wednesday morning that the Islamic Republic welcomes the return of peace to Iraq.

“Iran has always wanted a stable, secure, and powerful Iraq that plays a constructive role in regional developments and has never withheld its support for Iraq’s political and legal processes and institutions,” the statement read.

“The Islamic Republic of Iran, expressing its satisfaction with the return of peace to Iraq while asking for [divine] mercy for the dead and wishing the injured in the recent incidents [good] health, appreciates the patience, wisdom, and tactfulness of the government and people of Iraq and all legal institutions of the country in overcoming this great sedition,” it added.

The Iranian Foreign Ministry also said the only way Iraq can get out of the current crisis is through dialog, protection of citizens’ rights, and adherence to the constitution and political processes.