The end of Queen /monarchy of Britain With the death of the British Queen. 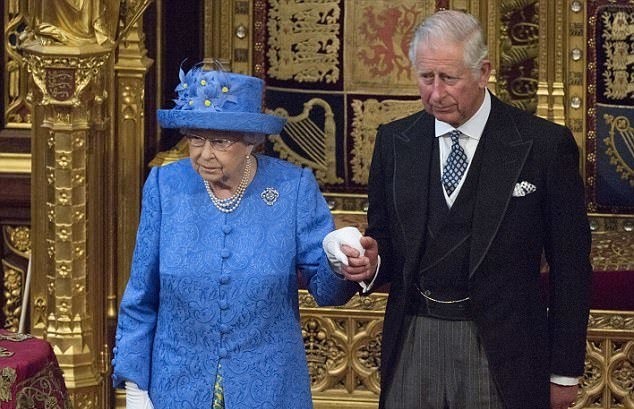 The most important point about him as the son of Queen Elizabeth II is the way he is regarded by the public over his actions and his beliefs during the past 50 years.

Similarly, many have anticipated that due to Charles’s views and actions and his many financial corruption while he was heir to the throne, he could be the last person to lead British monarchy.

In the long past years Charles is best known with many scandalous cases in Britain. From his lack of power in impacting his mother’s opinions and decisions which turned him into a weak and unable son before his mother to other issues it would clearly show that he has a weak personality for ruling the country.

Several parts of the seasons one and two of the “Crown” series has depicted Charles’ weakness approving this idea.
His weak attitude towards the media and the public with regards to the death of Diana, his former wife and his marriage with his mistress was highly admonished as a politician and member of the royal family and remains controversial in many western media.

Some while ago in an interview with Oprah Winfrey in the US, Prince Harry had also referred to these issues and had reminded of the impact of Diana’s sudden death over her sons.

Charles holds many financial cases over his intervention in large bribery cases that he has received from Arab leaders and other politicians.

In one example he has an open case in the Scottish court which he would offer his national titles to the Qatar prime minister in exchange for receiving money or open a lobby for Saudi Arabia within the British politics!

In many other cases he also lobbied for electing ministers and even British prime ministers in parliament, one thing that is against the royal family’s reputation.

The royal family’s influence within economic and political areas is another issue that some western media believe it would weaken democracy in Britain while imposing the royal family over democracy.

The polls in Britain show that not only Charles but also his sons are less popular among the general public and only the Queen was favored for her historic and nostalgic figure.