The Claws of Dragon Over the Face of Eagle

?How the US is Pursuing War Against China 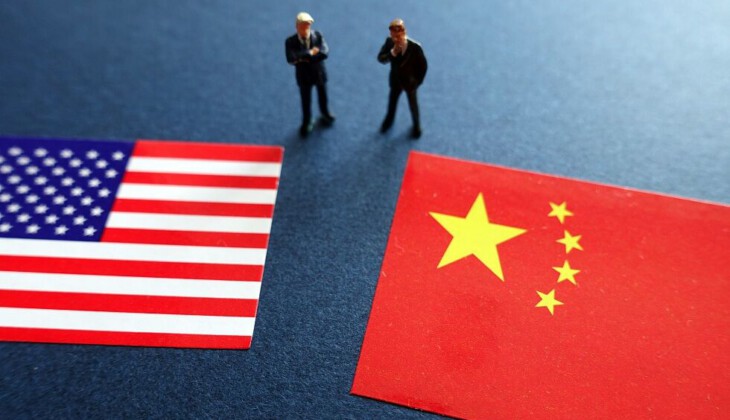 Wong Yi, China’s advisor to the government and minister of foreign affairs said that if the US is to define the bilateral relations based on win -loss of the superpowers it will have no outcome rather it would develop an encounter of the east and west followed by global chaos and sedition.

According to Negaheno report, after the 2008 financial crisis, forecasts were taken seriously regarding the fall of the US power as the global hegemony. Simultaneously, with the rise of the People’s Republic of China as the economic power at global level this theory was shaped that this country could replace the US.

On the other side, with the changes trending worldwide and the change in the international relations, some of the researchers at global level believe that the future will experience a multi- polar world. Based on a set of theories the China- US ties will face major changes.

While Washington defines China as its greatest rival and is trying to contain Beijing’s power expansion, China endeavors to disapprove this approach and refers to the constructive bilateral relations while also reminding the trade competition between the two sides warning that the rise of tensions between the two powers will have no outcome other than affecting peace worldwide.

The research center for China’s Fudan university has recently stated: “The recent US speech on the policies of China was dissemination of false information and of internal and foreign political image of China, marring the image of China, labeling China for the problems in the China -US ties and did not fail to stress on what is regarded as a threat to China. Those who have the least knowledge regarding China -US ties know well enough that this view has replaced the position of white with black, for from historical stance and current situation the US is responsible for the main challenges facing the relations between the two countries.

”Firstly, the US wrongly has introduced China as its strategic rival. Since the new millennium though China-US ties have had many ups and downs but their cooperation have been pivotal. After Trump’s presidency the US initiated a trade war against China through threatening with tariffs taking coercive approaches towards China.

The Biden’s administration not only followed Trump’s policies but also intensified it and called China as one of the greatest long –standing challenges for the US.The Carnegie Endowment for international Peace has recently published an article reiterating that Trump initiated an era that aggravated China and US ties and Biden followed this approach to the same extend. Biden’s speech focused on threatening China, stressing on the US strategy towards China in the context of investment, accordance and competition emphasizing that the policies of this government is more of a confrontation with China. Here, competition would mean containment.

Wong Yi, China’s advisor to the government and minister of foreign affairs said that if the US is to define the bilateral relations based on win -loss of the superpowers it will have no outcome rather it would develop the encounter of the east and west followed by global chaos and sedition.Secondly, The US tries to mar the international image of China and to prevent China’s development which will seriously affect the legitimate interests of China.

This strategy is Biden’s policy towards China since his coming to power ranging from foraying the leadership of China’s communist party to accusing China of violation of human rights, from the law named the “2022 law on the American rivalry”, to the US new national defense strategy, The US is trying to suppress and mar the international image of China in a full- fledged way.The US has formed several groups surrounding China, “the five -eyes coalition” and “the four-sided mechanism” and in order to exert strategic containment and to isolate China is trying to create “the East Asia and Oceanic NATO”. The US is to challenge China by worsening China’s problem

The US has formed several groups surrounding China, “the five -eyes coalition” and “the four-sided mechanism” and in order to exert strategic containment and to isolate China is trying to create “the East Asia and Oceanic NATO”. The US is to challenge China by worsening China’s problems in Taiwan, Hong Kong, Sin Kiang and Tibet.

In his recent speech, Blinkin in addition to drawing accusations against China he raised baseless rumors calling China, having the most serious long -term challenges against the world order with “coercive diplomacy”.Chengqiu Wu, Head of the international research institute of Fudan university has reminded that the efforts of the United States to fight with the Chinese ideology, damaging the sovereignty of China and its total integrity and to restrict China’s progress will only pose further problems for the constructive development of mutual ties.

Beyond the claims from both sides the realities are present. The US has always tried to separate Taiwan from China and to disseminate negativism against China. Whereas, China has always pursued continence with the aim of protecting general stability between the countries and has played a positive role in managing the disputes.In the final analysis, the US’s serious problem is the way it looks at the world, China and the China -US ties. Today, in the 21st millennium the US has continued to set its mind on the cold war, promoting the rationale of hegemony and policy of blockage.

This world view which is against the historical trend has deviated the policies of the US. One of Chinese innate features is to observe harmony. The aim of China’s development is to create a better life for the entire world and to provide the grounds for helping the needy, not to challenge other powers nor replacing them.By examining the Chinese inclinations of the authorities and the media it shows that while it is a serious concern for the US to see its influence expanding, but Beijing’s is holding a peaceful stance with Washington and China does not pursue taking hold of the US stance as the number one superpower in the world.

Of course, one should not overlook the Peoples’ Republic of China’s emphasis on negating US unilateralism and should consider that a set of attempts have taken place for the power development of China, one that the leaders of China have called it “the soft rise”, with the intention of independence from the US hegemony and disapproval of the unilateralism led by the US.