Will the Turkish Army’s attempt in Northern Syria Lead to Encountering the US? 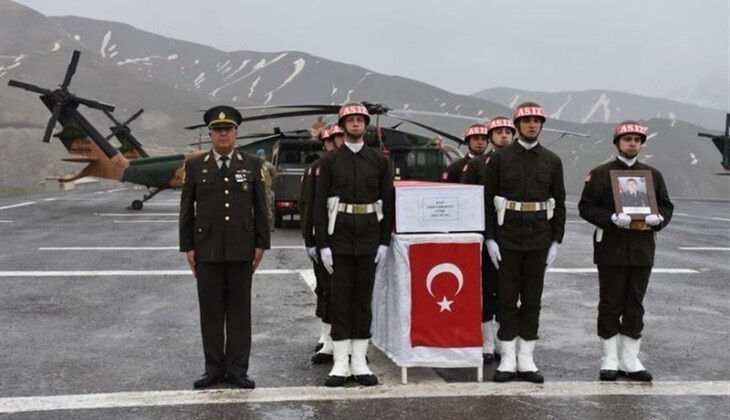 The illegal presence of Turkey’s army and the US terrorist military forces in the Syrian territory has created circumstances that would increase the probability of bilateral confrontation.

According to Negaheno report, the presence of US terrorist army in northern Syria has seriously angered Ankara officials in particular, when it was found that the perpetrator of the 13th, November terrorist explosion in Istanbul that led to the death of 6 people and 81 casualties was a woman who was trained in North Syria by the Americans.

The same terrorist explosion was a good excuse for Ankara to permit the army to launch airstrike and artillery attacks in the northern region of Syria on 20th, November, which was followed by Erdogan’s remark that this country is examining ground operation into the Syrian territory.

The Turks even bombarded one of Syrian oil fields that is exploited and stolen by the US military together with the help of Ghasad group, an attempt that has never occurred before.

Simultaneous with the probable rise of Turk’s ground attack against the Kurdish terrorist groups in northern Syria, the US defense secretary (Pentagon) reported of the decrease in the number joint patrols with the Ghasad groups and US military’s decision to retreat from the Northern parts of Syria.

In a report announced to the reporters, General Patrick Ryder, Pentagon speaker said: ‘Although US operations against ISIS has not stopped, it is decided to reduce the number of patrols, for the Ghasad forces also have reduced their number of patrolling.

Ryder said that while the US forces in Syria have not fully retreated added: ‘…the US defense secretary, Lloyd Austin will hold a dialogue soon with his Turkish counterpart.
When the Kurds in Syria saw that the Americans abandoned them and retreated from their positions, they quickly went for Syria’s army and Damascus authorities to find the Kurds a solution.

In the past few days, the Syrian army reinforced its position in the northern part of the west region by dispatching military forces although it has nothing to do with the betrayal of the Ghasad terrorist group.

The interesting point is that the US is the main agent for establishing, training and equipping ISIS terrorist group in Syria besides Turkey and now they claim that the attempt made by Turkey for a ground attack against Syria will make working against ISIS difficult!

The important point with regards to the north of Syria is that Washington and Ankara have conflict of interests and each one is pursuing its own objectives in the region even though both support the terrorist groups against Damascus government but with regards to the Kurdish terrorist group, the US supports them for its own interests whilst Turkey is in enmity with them.

Despite Turkey announcing several times that it is pursuing dialogue with the government of Damascus in the past few days, yet the Turkish army has dispatched great number of forces and equipment for its ground operation near the Syrian border for attacking the Kurd’s terrorist groups.

If the Turkish army enters the Syrian territory in the form of a ground attack, it would have to face clashes with the Americans in some areas due to their presence in the region unless the American military forces retreat in an extensive manner from their position.
Now we have to wait and see what will become of the region in the coming days.