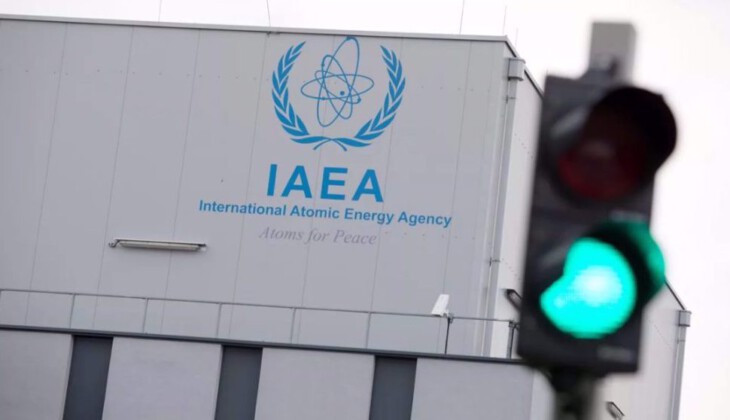 By Syed Zafar Mehdi:   Israel, the world’s eighth-largest nuclear power, initiated its nuclear program in 1952 with technological support from France and the US, the two countries most vocal about Iran’s peaceful nuclear program.

The first nuclear weapons were developed by Tel Aviv somewhere around 1967-1968, according to military think tanks. After that, the production accelerated rapidly, with zero international outcry.

Today, the regime possesses over 90 nuclear warheads with enough plutonium to produce at least 200 nuclear weapons. Around 5 kg of weapons-grade plutonium is required for one nuclear bomb.

Despite its nuclear program being an open secret – thanks to technician Mordechai Vanunu who blew the lid off Pandora’s Box back in 1986 – the regime has obdurately refused to confirm or deny it.

Vanunu, who worked at the Dimona nuclear facility, was in 1988 convicted of treason and sentenced to 18 years in prison. The same year he was also nominated for the Nobel peace prize.

Vanunu isn’t the only one to blow the whistle. In December 2013, former Israeli Knesset member Avraham Burg in a rare admission said the regime possessed both nuclear and chemical weapons, dubbing the official policy of nuclear ambiguity as “outdated and childish”. He was soon reprimanded.

What has emboldened Tel Aviv to accelerate its nuclear activities while wrapping a cloak of secrecy around them is Western sponsorship made possible by Zionist lobbying groups in the US and Europe.

The two countries most critical of Iran’s nuclear program are Israel’s staunchest allies, who helped the regime become a nuclear power. Israel’s weapons-grade fissile material stocks originated in France in the 1960s and the US in the late 1960s.

The US support, in particular, has allowed Israel to escape accountability for its diabolic activities. In a classic case of double standards, successive regimes in Washington have made a conscious effort not to talk about Israel’s nuclear arsenal despite making hullabaloo for non-proliferation in the region.

It began back in 1968 when then-CIA director Richard Helms informed President Lyndon Johnson that Israel had built nuclear weapons and that its air force had conducted aerial maneuvers to drop them.

Johnson’s response, on expected lines, was muted. A year later, at a meeting between just-elected President Richard Nixon and then Israeli premier Golda Meir, it was agreed that Washington will not force Israel to sign the NPT, which had opened for signature months before, in July 1968.

The US policy of silence continued, which helped the illegitimate regime in Tel Aviv escape the scrutiny of the UN nuclear agency. This silence amounted to both cowardice and complicity.

Importantly, and quite scandalously, Israel is not the signatory to the Nuclear Non-proliferation Treaty (NPT). It has repeatedly rejected calls to join the keystone accord of the international arms control regime and refused to give UN nuclear agency inspectors access to its nuclear sites.

Despite the regime’s dismissive approach, the International Atomic Energy Agency has adopted a remarkably soft approach to the point that many see collusion between the two.

IAEA chief Rafael Grossi’s whirlwind trip to Tel Aviv ahead of the UN nuclear agency’s board of governors meeting in Vienna earlier this week lent credence to the plausible Israel-IAEA collusion theory.

Grossi dashed off to Israel to discuss the anti-Iran resolution drafted by the US and the European troika with Israeli officials, aimed at mounting pressure on Iran to give up its legitimate demands.

Does it make sense that the IAEA chief meets the head of an illegitimate regime, which has secretly built a nuclear arsenal and refused to cooperate with the UN agency, to discuss the nuclear program of a country that has signed the NPT, cooperated fully with the agency and fulfilled all its obligations? It smells of something deeply sinister, extremely despicable.

The resolution against Iran at the IAEA board of governors meeting, which has already seen a “firm and proportionate response” from Tehran, blamed Iran for lack of cooperation with the UN agency.

For those unnerved by Iran’s decision to ramp up its nuclear enrichment capacity, it is essential to understand that the Islamic Republic claims its rights under Article IV of the NPT to pursue a peaceful nuclear program for energy purposes, unlike rogue regimes like Israel.

It’s also imperative to understand that the decision to scale up uranium enrichment from 3.65 percent stipulated in the 2015 nuclear deal came a year after former US President Donald Trump in a unilateral and illegal move pulled his country out of the landmark agreement, followed by reinstatement of sanctions.

The negotiations between Iran and the world powers to salvage the deal have been paused not because of Iran’s excessive demands or non-compliance but due to the West’s obstructionism. Iran did everything to save the deal but the other parties continue to make all-out efforts to kill the same deal.

The latest move to remove cameras operating beyond the NPT safeguards agreement at some Iranian nuclear sites and feed gas into machines including IR-6 is a milder reaction to the hostile move at the IAEA board of governors meeting.

As Iran’s nuclear body chief Mohammad Eslami stated, it’s preposterous that the IAEA has been taken hostage by the illegitimate regime, which raises questions over its credibility and independence.

Unless the agency comes out of the ominous Israeli shadow and makes a concerted effort to focus on its professional and technical mandate, beyond politics, Iran reserves the right to take remedial measures.

And as President Ebrahim Raeisi asserted unambiguously, the Islamic Republic will not back down even an inch. The writing is on the wall.

Syed Zafar Mehdi is a Tehran-based journalist, editor and blogger. He has reported extensively from Kashmir, India, Pakistan, Afghanistan and Iran for leading publications worldwide.

(The views expressed in this article do not necessarily reflect those ofNewvisiona.)