In phone talks with Xi, 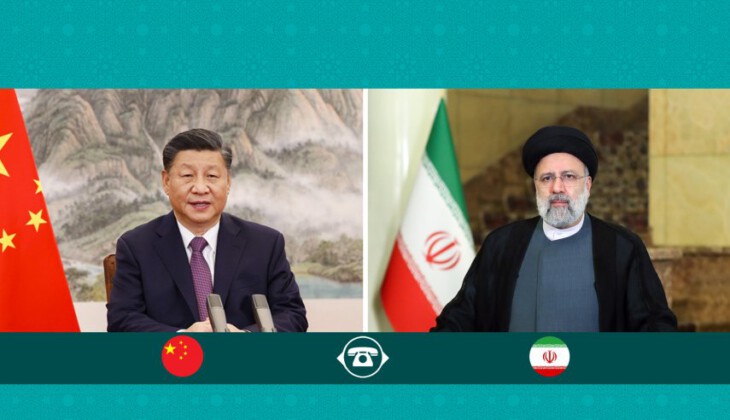 Iranian President Ebrahim Raeisi says respect for the national sovereignty and territorial integrity of countries is among the fundamental principles of the country's foreign policy, voicing the Islamic Republic's firm support for the One China policy.

“Support for the One China policy is a definite and principled policy of the Islamic Republic of Iran,” Raeisi said in an hour-long phone conversation with Chinese President Xi Jinping on Friday.

He said the US interference in the internal affairs of countries is a continuation of Washington’s destructive policy of unilateralism, which is “now turning into a threat to international peace and security.

Under the “One China” policy, nearly all countries across the globe recognize Beijing’s sovereignty over Chinese Taipei, including the US, which has no formal diplomatic ties with the territory but continues to support its anti-China stance and supply it with massive amounts of armaments.

Raeisi told his Chinese counterpart that Tehran is resolved to expand relations with Beijing in all fields regardless of the existing international developments and said any US effort to repeat the Cold War pattern in the world would indicate its weakness and decline.

He said Iran’s policy on the improvement of ties with its neighboring states has “prepared the necessary ground for collective security and development in West Asia and can serve as a model for strengthening political confidence and economic development in the region.”