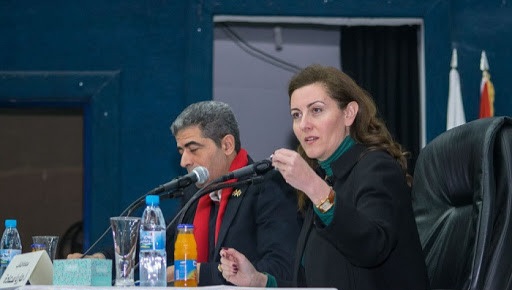 Maria Saadeh, former Syrian member of parliament by referring to the exploitation of women in the West stressed that women in the west are regarded as no more than an object.

In an interview with Negaheno she said: “In the West the women are regarded as an object and an instrument for forwarding the goals of the Western politicians.”

This Christian MP of the Syrian parliament added: “All the moral and spiritual aspects of woman such as motherhood and her fragile and humane soul is disregarded in the western world view and is worthless.”

She continued that with an excuse of freeing women they are drawn to nudity and recklessness and so too ISIS with the excuse of religious teachings sold them at the slave markets.

This Syrian figure said: “Therefore, in the viewpoint of the West and ISIS, woman is only a slave and a sex object, one that exploits women from a religious stance and the other which supports women with the pretext of defending her freedom and human rights.”

Maria Saadeh added: “But the divine religions such as Christianity and Islam have a perfect view towards woman giving her greatness, spirit and self -esteem.”