At what stage is the Iran-Saudi dialogue? 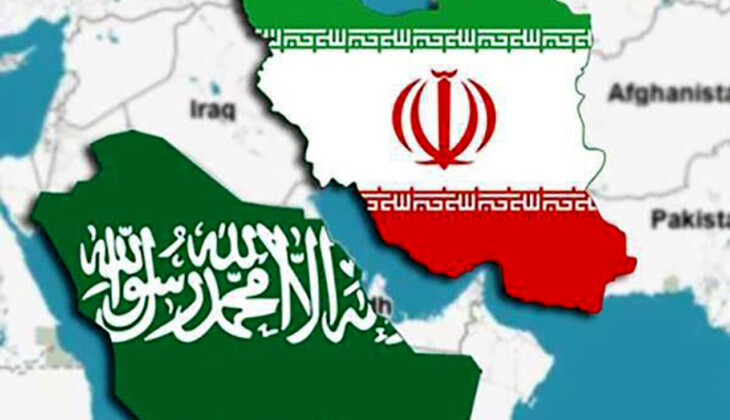 .newvisiona :Iran and Saudi Arabia have long been in direct dialogue to re-establish relations. Although these talks have had many ups and downs, they seem to be moving in the right and positive direction.

The Western and Zionist media, however, are trying to make the talks fruitless and to say that there is no possibility of re-establishing relations between Tehran and Riyadh. On the other hand, the Arab media in the region are trying to pave the way for Riyadh to gain points in these negotiations by adopting a media line in support of Saudi Arabia. However, so far the following information has been obtained :- The Iran-Saudi dialogue was formed a long time ago, and for example, the Martyr Qassem Soleimani was carrying a letter on the night of his martyrdom to form these talks in Baghdad. This means that this story was related to at least two years ago and not the last few weeks and months.

– Iraqi officials were the first to announce the formation of these talks, stating that they are working as a mediator to pave the way for positive negotiations. “Iraq has a direct interest in reaching an understanding between the countries of the region and achieving regional stability,” Iraqi Prime Minister Mustafa al-Kadhimi said in an interview recently.

“Because we have good relations with both sides, as well as with various regional and international parties, we were able to create a positive dialogue on Iraqi soil, much of which has not been made public.”

– Another informed source in an interview with Russia Today said: The source, who did not want to be named, added that the sixth round of the meeting between the Iranian and Saudi sides is expected to take place in Iraq and the recent meeting was positive and about a series of cases. An agreement was reached between Tehran and Riyadh to reduce tensions.

But it seems that the positive process of negotiations has also faced challenges. Recently, the director of the Saudi think tank Al-Khalij, which also has close ties to the Saudi family, said that the Iranian and Saudi sides still have many problems regarding the goals of the talks.

In an interview with Al-Monitor, he said that at a time when Iran wanted to establish faster communication between the two countries and normalize relations, the Saudi side insisted on security issues in the region, especially drone, missile and nuclear programs.

Iran has also responded by saying that if you are concerned about security issues, you should start with the Yemeni war. In this interview, he said that on this basis, it seems that the two sides will continue to face many challenges.

Mustafa al-Kadhimi, however, believes that “God willing, an understanding will be reached soon and that real and far-reaching progress in relations between all countries in the region will be achieved with the support of firm belief and the right intentions for the future of the region.”

Looking at the most important challenges between Iran and Saudi Arabia, it seems that the final outcome of these talks is still in a state of ambiguity, given the current situation in the world due to the Ukraine war.

The Saudis believe that Iran is trying to resolve its differences with neighboring countries after reaching an agreement with the United States and resuming the implementation of the UN Security Council, so that sanctions are not perceived as a weakness of Iran. Iran, on the other hand, believes that the Saudis’ desire for better Russian relations and turning their backs to the United States in the Ukraine war has shown that the Saudis also believe that the US presence in the region and its influence is coming to an end.

With new developments, the region will reshape itships.