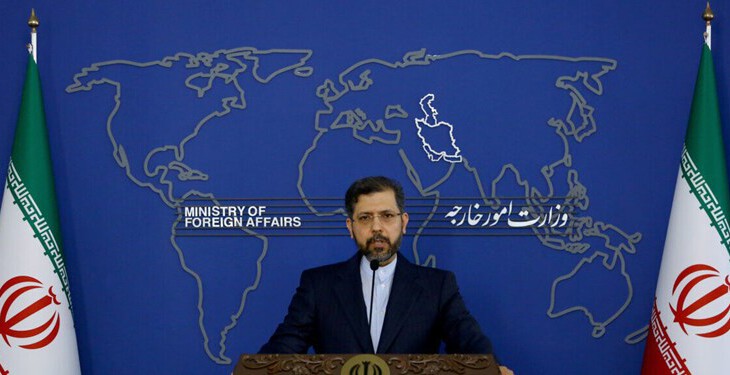 Spokesman: US Should Remove All Anti-IranIranian Foreign Ministry Spokesman Saeed Khatibzadeh underlined that the Vienna talks could end up in a deal soon only if Washington removes all sanctions based on its obligations under the Joint Comprehensive Plan of Action (JCPOA) and stops its efforts to maintain the maximum pressure policy components.

Khatibzadeh blamed the US for the delay in reaching an agreement and blasted Washington’s double-standards.

“If the US fulfills its commitments under the JCPOA and lifts sanctions imposed on the Iranian nation, We can finalize an agreement based on Iran’s initiative,” he added.

In relevant remarks last week, Iranian Foreign Minister Hossein Amir Abdollahian said that the recent resolution approved by the UN nuclear watchdog against Tehran was a US plot to force Tehran to make concessions in the Vienna talks.

Amir Abdollahian made the remarks in a phone conversation with Iraqi Foreign Minister Fuad Hussain during which they discussed bilateral and regional issues and talks on lifting sanctions.

He referred to the Vienna talks on removal of sanctions, saying, “While exchanging messages between the United States and Iran through the EU envoy was underway, the White House suddenly came up with the idea of ​​issuing a resolution at the IAEA.”

According to him, the Americans drafted the resolution at the IAEA Board of Governors to achieve political goals at the negotiating table.

Tehran has always called on the West to pursue diplomacy, Amir Abdollahian said, adding that in recent days leading to the meeting of the IAEA BoG, Iran, as an initiative measure, proposed a political plan to continue the talks until reaching a final agreement.

“Iran believes that diplomacy is the best way to reach a good, strong, and lasting agreement, but in the face of bullying, we will give an authoritative response,” he asserted.

The US, France, Britain, and Germany spearheaded a resolution at the IAEA’s Board of Governors on Wednesday, which accused Iran of not cooperating with the UN nuclear watchdog.

Iran has denounced the resolution and blamed the US and its three European allies for the crisis created over its nuclear program, which was under an unprecedented level of inspections before Washington withdrew from the JCPOA.

The resolution was passed only few days after the IAEA’s chief Rafael Grossi traveled to Israel and met the regime’s hawkish Prime Minister Naftali Bennett.

Iran had previously warned that Grossi’s visit to Israel ahead of the meeting of the Board of Governors was in contradiction with the agency’s principles of observing impartiality and maintaining its technical and professional status.