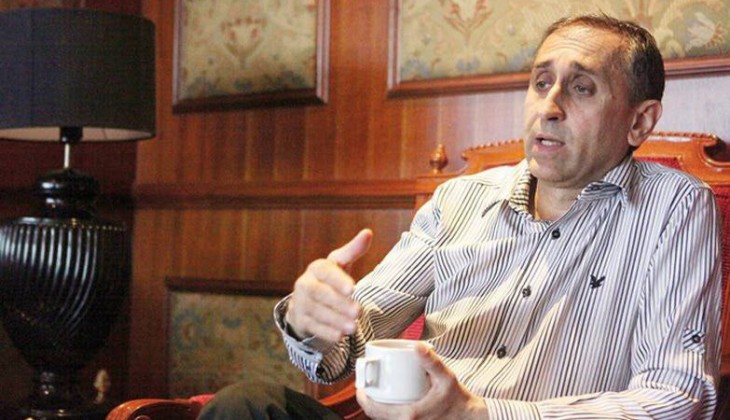 Referring to the contradictory behaviors of his country’s president, his incompetence and economic crisis in France, Thierry Meyssan, famous French writer said: “The cold winter in Europe will not warm up by igniting crisis in the regional countries.”

According to Negaheno report, for long France is trying to be recognized as the centerfold for human rights and liberty within the global community.

In contrast, this country has turned into a center for contradictory concepts of human rights and liberty. The examples are clear and many.

Providing protection and refuge for the terrorist organization of MKO and armed dissidents of Iran, intervention in the internal affairs of countries like Iraq, Lebanon, and Syria, sending weapons of mass destruction to Saudi Arabia to attack the Yemeni civilians… all of these interventional and chaotic approaches in the region is nothing but the incompetence of the politicians and decision makers of Paris instead of offering solutions for the internal challenges and economic crisis that exist in the country.”

Famous French writer who a decade ago wrote a book entitled, “9/11, a Big Lie” revealed the role of US in that event and speaking with Negaheno referred to the contradictory approaches of the Paris officials.

Referring to the recent attack on Friday in Paris which led to the killing of three Kurdish migrants as well as the current economic crisis in the country he said:

“…. while France is grappling with severe crisis in particular, in the month of January, yet Emmanuelle Macron, The French president is engaged in interventions in other countries such as Iraq, Iran and Lebanon. With severe economic crisis in France and lack of competence, he takes part at Baghdad meeting in Jordan and before finishing his trip he talks of trying to hold a meeting with Lebanon Friendship Organization.”

Meyssan said: “Macron and other French politicians have no proper understanding of the problems in France and even if they do, they fail to find a solution and only try to ignore them by intervening in other countries’ affairs.

The French writer added: “France intends to warm up the cold winter in Europe by igniting upheaval and crisis in the region.”