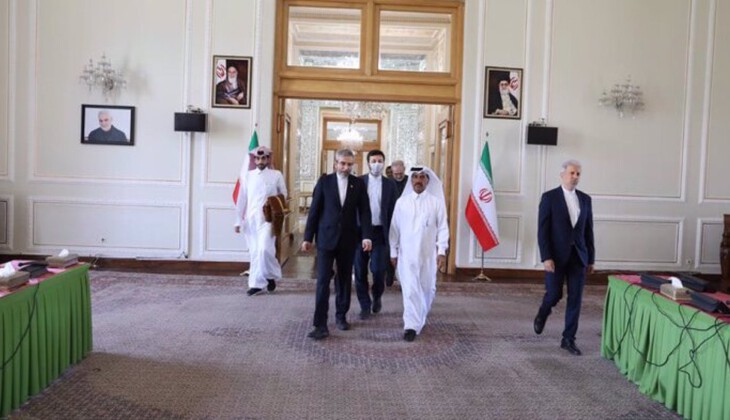 iran has warned against the adverse consequences of foreign meddling and presence in the Persian Gulf, saying the countries of the region can jointly establish security and stability in their neighborhood on their own.

“Intervention of foreigners and their military presence in the Persian Gulf does not bring stability and security. Regional countries can ensure stability and security in the region through political cooperation and economic convergence,” Iranian Deputy Foreign Minister for Political Affairs Ali Bagheri Kani said in a Tuesday meeting with Secretary-General of Qatar’s Ministry of Foreign Affairs Ahmed bin Hassan Al Hammadi in Tehran.

The top Iranian diplomat reiterated that the country’s priority for interaction with neighbors is not a “temporary tactic” but a “fundamental strategy.”

Bagheri also stressed the importance for Tehran and Qatar to make use of all their capacities to develop relations.

Hamadi, for his part, pointed to the successful visit of Iran’s President Ebrahim Raeisi to Doha in February and a planned trip by Qatari Emir to Tehran, saying the two countries enjoy broad and deep relations.

Qatar believes that strengthening bilateral cooperation and holding political consultations with Iran would promote peace and stability in the region, he added.

The Qatari official is in Tehran at the head of a delegation to join the first session of a committee on political consultations between Iran and Qatar.

During the meeting on Tuesday, the two sides exchanged views about cordial relations and issues of common interests.

The top Iranian diplomat said the agreements signed between the two countries during President Raeisi’s trip to Doha must be implemented.