Grossi’s visit to Israel out of phase with IAEA impartiality 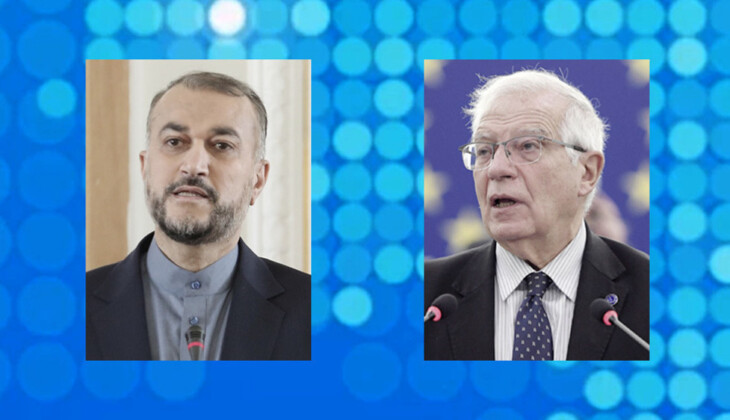 Board of Governors is in contradiction with the agency’s principles of observing impartiality and maintaining its technical and professional status.

Foreign Minister Hossein Amir-Abdollahian made the remarks in a phone call with the European Union’s foreign policy chief Josep Borrell on Friday while pointing to the “destructive” measures of the Zionist regime, which is the “main culprit of illegal nuclear activities in the world.”

Grossi is on a trip to Tel Aviv and has met the regime’s hawkish Prime Minister Naftali Bennett.

The Monday meeting will come as a pause in the marathon negotiations to revive the 2015 Iran deal has entered its third month, with prospects described by Washington as “tenuous at best.” Tehran blames the US and its three European allies – France, Britain, and Germany – for failing to act constructively.

The high-profile visit by Grossi is against the backdrop of the latest report by the IAEA on Iran’s nuclear program amid the stalemate in Vienna talks between Tehran and the P4+1 group of countries to salvage the Joint Comprehensive Plan of Action (JCPOA).

Iran has on many previous occasions cautioned the UN nuclear agency against allowing the Israeli regime to influence its independent mandate and decision-making.

In a statement issued on Friday, Israel told the UN nuclear watchdog it would prefer diplomacy to end the stalemate on Iran’s nuclear program. However, the statement said Israel reserves the right to self-defense and could take independent action if the international community fails to stop Iran’s nuclear program within “the relevant time frame.”

According to the statement, the Israeli prime minister “stressed (to Grossi) the importance of the IAEA Board of Governors delivering a clear and unequivocal message to Iran in its upcoming decision.”Grossi said on Twitter that he had met Bennett in Tel Aviv at his invitation and held “important exchanges on topical issues.”