Important messages of Bashar al-Assad’s trip to Tehran / Why did this trip take place? 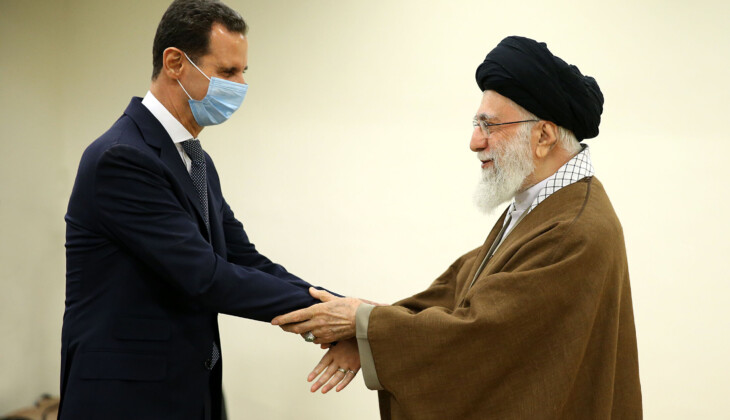 Exclusive Negah Online: Yesterday, the visit of Syrian President Bashar Al-Assad to Tehran and his meeting with the Supreme Leader of the revolution made headlines in the world media.

This is the second visit of the Syrian President to Tehran after the Syrian crisis.

Apart from the importance of the political level of relations between Damascus and Tehran and the fact that such meetings are defined in a diplomatic framework, the current schedule and conditions in the region contain other important messages.

First, the trip preceded the visit of EU Coordinator Enrique Mora to Tehran and the Emir of Qatar, both of which are said to be aimed at influencing the Vienna talks or carrying a message from the EU and the US.

In particular, it is argued that Iran’s regional approach and Iran’s active presence in the field of resistance and support for its discourse is one of the conditions for the United States to continue the Vienna talks.

The second is the developments in the region, especially in Palestine, and the escalation of Zionist violence in Palestine.

There is also the perception that perhaps in the shadow of the developments in the Ukraine crisis, as well as the maximum pressure on Tehran to withdraw from its positions and regional approach, these positions will be marginalized.

Some US and Israeli intelligence agencies have assessed that despite pressures in the Vienna talks to impose preconditions on Iran, as well as some domestic economic challenges, Tehran’s support for the resistance groups and Syria are a pivotal point.

The message eminating to the Americans from this trip is very clear. One is that, under any circumstance, Tehran has made supporting the discourse of resistance and the countries supporting resistance are a priority in its foreign policy and despite all the maximum challenges and pressures from the US and Europe and even encouragement, They do not consider this issue negotiable in any way to withdraw from the approach of Abkhod region.

The issue of opposition to the normalization of relations between some Arab countries and the Zionist regime was also one of the important messages of this meeting, which was clearly stated.

This means that Tehran, as a pioneer of the Arab-Islamic resistance discourse and the depth of the Palestinian and Lebanese resistance, will not give in to this process of normalization. Making or revealing its process can not disrupt the evolution and expansion of the axis of resistance.

On the other hand, Tehran tried to send the message to the Americans and Westerners that spiritual and political connection with the axis of resistance is a priority for Tehran, but it still has a balanced view of negotiations based on its national interests.