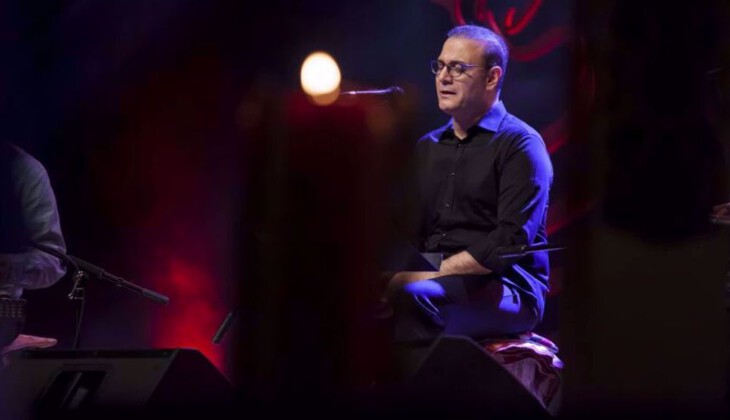 Iranian traditional vocalist Alireza Ghorbani could not perform in California last week after US agents interrogated for hours and denied him entry.

Organizers of the sold-out celebration of the Persian New Year, Nowruz, said the 49-year-old was unable to attend after being detained by agents in an airport in Toronto on Friday, and refused entry to the United States following an interrogation.

“He got on his flight, sat on his seat and some [US immigration] officers got on the flight and took him out,” said Alireza Ardekani, executive director for the Los Angeles-area nonprofit Farhang Foundation, which collaborated with the Pacific Symphony to host the Nowruz event.

“They interrogated him for nearly four hours and eventually told him his visa was going to be canceled and he could no longer travel to the US,” Ardekani said.

“I just got a text saying he was not allowed to come — I thought it was a joke,” he added.

Ardekani later learned Ghorbani’s temporary detention and denial of travel was connected to his military service.

Beginning at age 18, Iranian men are required to complete up to two years of military service and are essentially drafted to serve, including in the Islamic Revolution Guards Corps (IRGC).

The White House, under the Trump administration, designated the IRGC as a foreign terrorist organization in 2019. It was the first time Washington had designated an element of a foreign state as a terrorist entity, setting a bad precedent in international relations.

In response, Iran declared all US forces in the Middle East terrorists and called the US government a sponsor of terrorism.

Tensions between Tehran and Washington peaked in January 2020, when the US assassinated the IRGC’s prominent anti-terror General Qassem Soleimani, to which Iran responded by firing a barrage of missiles at two US bases in Iraq.

US jailers had told inmates I was a terrorist: Iranian scientist

Iranian stem cell scientist Dr. Masoud Soleimani says his jail wardens in the US had told other prisoners that he was a terrorist with a mission to carry out bombings.

Under the Biden administration, the US promised to pursue a less confrontational policy toward Iran. It entered negotiations held in Austria’s capital, Vienna, to rejoin the Trump-ditched Iran deal and remove his so-called maximum pressure sanctions, which included the IRGC designation.

Nevertheless, the Vienna talks have been protracted by America’s excessive demands and its failure to remove all the sanctions slapped on the Islamic Republic since the Iran deal went into force in early 2016.

According to recent reports, one of the key issues remaining is the White House’s refusal to remove the IRGC from its so-called terror list unconditionally. Some of Washington’s Mideast allies, like Israel, have already expressed their outrage over the possibility of such a move.

The US has imposed sanctions for decades, targeting Iran’s energy sector and a range of exports of goods and services.

Under US sanctions law, people are forced to apply for specific licenses when they seek to be exempted from prohibited transactions, and even for allowed activities, there are complicated reporting requirements.

In practice that means hundreds of thousands of Iranian Americans with family and financial ties to Iran can face a complex set of burdens and hurdles in their lives, jobs and education.

In addition to the wave of Iranian students who have been denied visas at the last minute, under sanctions law, faculty members are also barred from traveling to Iran for research or other work without approval from the US treasury department.

In 2019, Iranian researchers faced criminal prosecution when they attempted to do stem-cell research in the US.