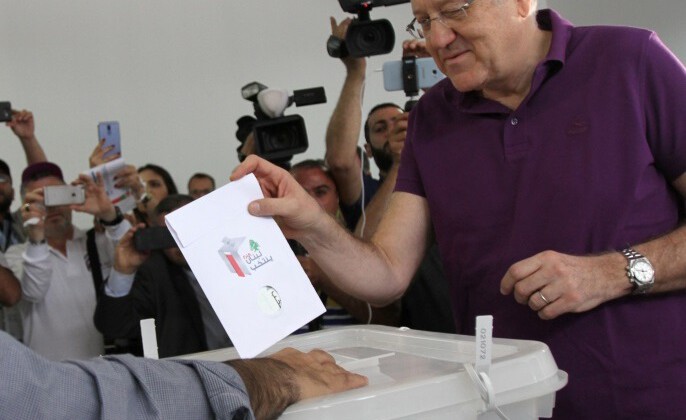 Former Lebanese Minister of Labor Torad Hamadeh said: " We are witnessing first election after The protests in fall 2019.

The protests took place with regards to the economical and financial corruption of the officials of Lebonan.
Though the protest went to different direction.
Some foreign parties tried to take advantage of the public protests in their favor,
but this is the first election since then.

He added: “What has happened is that this election is a great opportunity to close the political gap in Lebanon, although I believe that the basic structure of the Lebanese system, which is based on the Taif agreement, and the demands imposed for a share in the Lebanese politics must changed.”
This is a very important point, and this is an issue on where the Lebanese public opinion agree on it.

As Lebanon becomes more unrest and economically more unstable, social unrest and pressure will naturally spread, therefore,Washington and Tel Aviv can use this to weaken the axis of resistance .resistance will consume its force and attention on tackling internal affairs rather than fighting Zionism.

However, the Zionist regime has repeatedly tried to turn the internal issues in Lebanon, which may have been purely internal economic or political affairs into the resistance and against the resistance.

Issues which the United States and Israel proxies may have had a role in them.

This way, the Zionist regime can maintain its control over its surroundings.

This issue has intensified especially over the past year, especially since the explosion in the port of Beirut further caused the Lebanese case to become an international matter.

The suspicious story of the assassination of Rafik Hariri and its accusation against Hezbollah and the Syrian resistance was in fact the beginning of the internationalization of the Lebanese developments, and in fact a new chapter and a bad custom was set that since then what ever took place in Lebanon Foreigners, especially France, the United States and the Zionist regime, were also involved.

The explosion in the port of Beirut further caused the political vacuum *in Lebanon and political demands to persist.

Therefore, the Lebanese elections can prevent the continuation of the political vacuum in this country.
He added: “Being still strong and more experience , the resistance was able to preserve itself and increase its popularity within Lebanese.

Tarad Hamadeh pointed out that Hezbollah and the Lebanese resistance were able to create an economic deterrent equation and pointed to the issue of importing gasoline from Iran to Lebanon and Hezbollah’s ability to threaten the Zionist regime and prevent the Zionist regime from attacking Iranian tankers is a turning point in the history of the resistance, making Hezbollah shift from a military power to economic stage . Therefore , it was able to show its management in the Lebanese economic arena.

In the military field, Hezbollah was able to change the strong balance in the region, as well as in the regional field in the fight against ISIS in Syria, in addition to Hezbollah wise actions which never allowed Hezbollah weapons and resistance to be used inside Lebanon, despite its strength.

The Lebanese have repeatedly tried to involve Hezbollah members in the Lebanese conflict in various situations, including the explosion of the port of Beirut and subsequent incidents. resistance has entered an new phase by evolving and becoming more mature and than before