A look at Erdogan’s contradictory behavior in matters 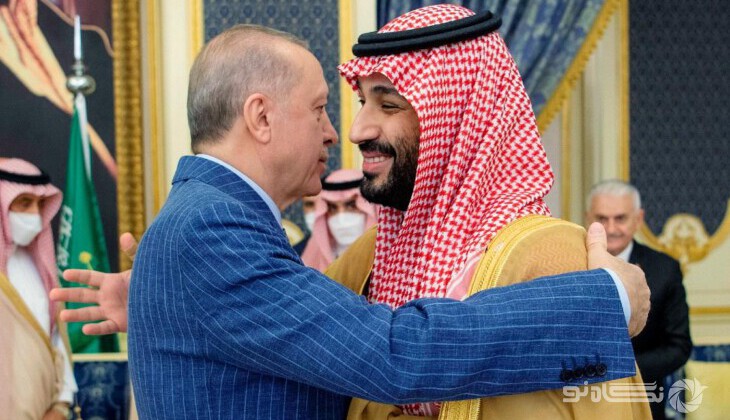 A well-informed source told the media that Saudi Crown Prince Mohammed bin Salman is scheduled to travel to Turkey on the 22nd of this month to meet with Turkish Prime Minister Recep Tayyip Erdogan.

It seems that this meeting has been planned a long time ago during the various meetings between Riyadh and Ankara, and it is likely that the Americans also played a role in organizing such a meeting considering the current developments in the region.

In particular, US President Joe Biden is scheduled to visit Saudi Arabia during his visit to the region.

The highlight of this trip is not Bin Salman or Erdogan, it is the story of Jamal Khashogji, a Saudi opposition journalist who was killed by the Saudi security forces at the Saudi consulate, and the relations between Ankara and Riyadh became strained. It seems that with this meeting, trade deals have been made between Turkey and Saudi Arabia to hush up the issue.

At that time, however, Recep Tayyip Erdogan reacted sharply to the issue, even reacting coldly to Bin Salman at a summit of world leaders. Erdogan’s behavior became an important highlight of the conference.

Analysts and political observers who had an understanding of Erdogan’s behavior and approach and his past experiences, at the same time, well understood that Erdogan’s reaction was a tactical one to gain concessions from the Saudis. For him, the issue of Khashogji’s death did not matter. He was looking for an opportunity for gaining political concessions.

Erdogan’s behavior at the Davos summit, which he left in protest of remarks made by the then Zionist President Shimon Peres, remains an example in the minds of global public opinion, of a case of clear contradiction.

Now, global public opinion is clear that Erdogan’s behavior is filled with contradictory approaches in Turkish foreign and domestic policy, part of which is for domestic consumption and part of which is related to the illusions and turmoils of Justice and Development Party decisions.

Erdogan has been trying to use every regional event for domestic consumption and to secure the political life of himself and his party, and this was also the case with the Syrian crisis, which has led to Turkish intervention in Libya and North Africa.

All of Erdogan’s motivation and hope for such behavior is to join the European Union and restore the power and illusion of the Ottoman Empire by playing an active role in regional developments, a dream that seems to have become more difficult with the new regional conditions.