Al-Kazemi’s status in the political future of Iraq, Hesitant and optimistic ! 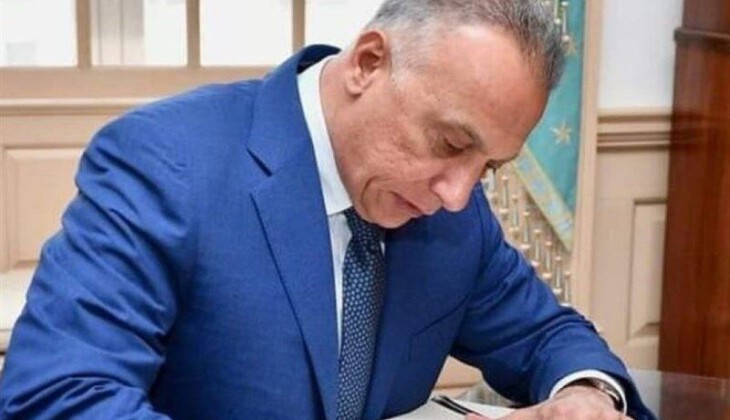 Despite the opposing of most of Iraq's political streams, especially with re-election of Mustafa al-Kadhimi as prime minister, it seems he still hopes to be elected as prime minister again.

On the other hand, al-Kazemi was supposed to assume the responsibility of the government only until the Iraqi parliamentary elections, but the lack of agreement between the political streams and the delay in holding the elections lead into him holding the administration for a longer time.

At the same time, Iraqi political parties believed that Kazemi’s approach and behavior displayed a character who was more than a temporary prime minister, though he was only supposed to prepare the ground for holding elections to form a new government.

The disagreement between the political groups for the election of the president and the prime minister and the efforts of some internal and external influences for establishing anarchy in Iraq, has slightly increased Kazemi’s hope to stay in power.

There is also the theory that if Iraqi political streams cannot reach an agreement, al-Kazemi has high hopes of becoming prime minister.

There is a theory where Iran has no problem with Kazemi’s election if the Shiite coordination framework and Iraqi political streams both agree on his prime ministership.

The same analysis made Kazemi’s recent approach and his efforts to bring Tehran and Riyadh closer seem as his struggle to gain Iran’s confidence to remain in the office.

In any case, if the political crisis in Iraq does does subside , in some political streams understanding , it may seem that the best unwritten option will be Mustafa Al-Kazemi, and it is these analyzes of the current situation that increase Kazemi’s hope to remain as prime minister again.

But the past experience in Iraq shows that political predictions and the formation of coalitions and alliances are very difficult.