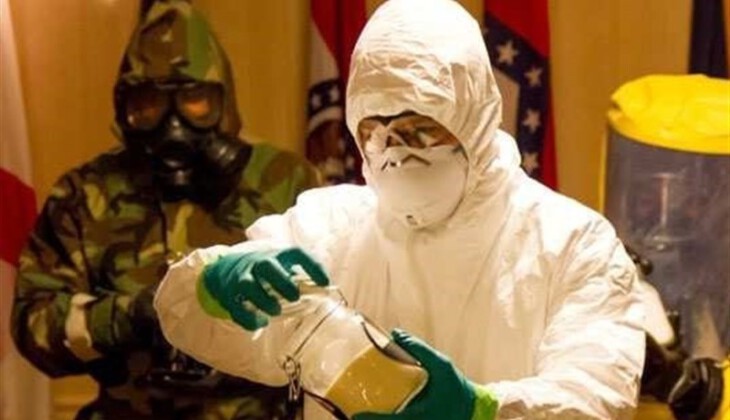 The United States has at least four biological laboratories in Nigeria in the cities of Abuja, Kaduna and Lagos, and the outbreak of monkeypox in West Africa,

which originated in Nigeria, can be related to the activity of the American biological infrastructure in this field. As the new type of monkey pox, which has an African origin, is different from the previous strains of the 20th century and even from the type of 2017, and it is not a natural strain and was released under laboratory conditions.

American laboratories in Nigerian cities in many cases violate environmental requirements and do not follow safety protocols and do not spread pathogens.

In recent months, the United States has been claiming biological and laboratory cooperation in Africa and many other countries of the world, keeping in mind that small pox is a dangerous disease and the fact that it is as contagious as Covid 19, and it is more than 10 times deadlier.
US is examining the results of the its tests.

The US has spent more than $5 billion on its military biological programs since 2005. With these investments, America is creating an integrated system of its biological laboratories around the world. Infrastructure facilities in this field have been opened or modernized around the world and funded by the US military, and are collecting and sending dangerous strains of microorganisms, transferring them to ultra-advanced laboratories in the United States and examining potential agents of biological weapons, such as agents specific to a particular area and natural sources or contagious to humans.