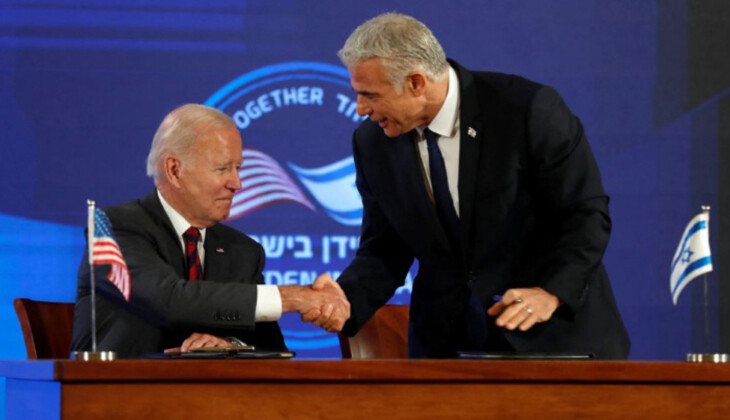 The activists mounted the campaign under the Arabic hashtag “Millions against Normalization” to strongly protest the 79-year-old US president’s first visit to the region in his current role, and the joint “strategic declaration” signed between Washington and the occupying Israeli regime in a gesture against Iran.

They stated that the action also comes in condemnation of the suffering and miseries of the Palestinian nation, who have been living under the decades-long Israeli occupation.

“We, the Arab nations, oppose any normalization of relations with the Zionist regime. We have dedicated martyrs for the Palestinian cause, and will never forget about the blood of our martyrs. We will overlook our sanctities. We must take a serious and decisive action against Zionists’ all-out propaganda campaign in the Arab world,” Abdulaziz bin Ramih, a Kuwaiti user, wrote on Twitter.

“We, Saudis, declare unanimously and without any hesitation or fear that we reject any normalization of ties with the occupying [Israeli] regime, as it is a betrayal of our religion and sanctities,” the account “Saudis are with al-Aqsa” tweeted.

Moreover, at least 28 Kuwaiti civil society organizations have condemned the US president’s visit to the region, opposed normalization of relations with the Israeli regime and underlined their firm support for the Palestinian cause.

The organizations, in a letter to Kuwaiti monarch Sheikh Nawaf al-Ahmad al-Jaber Al Sabah, announced their stance on Biden’s recent visit to the Middle East.

“Amid the US President Joe Biden’s visit to the region and the stepped-up push for normalization of relations with the Zionist regime, we emphasize our constant and permanent position towards the Palestinian cause and declare our opposition to any such attempts, no matter what the excuses or justifications might be,” they said.

The Kuwait civil institutions highlighted that support for Palestinians as they struggle for the liberation of all occupied lands is a human and principled duty that cannot be compromised.

Biden arrived in the Israeli-occupied territories on Wednesday, and met with the Israeli officials as well as Palestinian Authority President Mahmoud Abbas.

He later traveled to Saudi Arabia on Friday to hold talks with Crown Prince Mohammed bin Salman and other high-ranking officials.