Public anger and rage against Turkey/Iraqis will not stop this time! 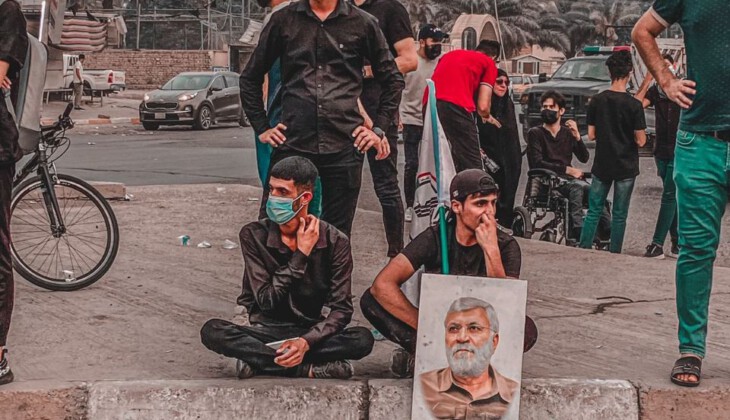 Turkish army's attacks on northern Iraq, although they happened from time to time during these years under the pretext of pursuing "PKK" forces, but yesterday these attacks drastically changed the political and social atmosphere of Iraq. These attacks left more than 40 martyrs and wounded many.

While most of these attacks in the past were met with ineffective and careless reactions from political authorities and especially the indifference of the Iraqi government, and on the other hand, in the domestic and social arena, an attempt was made to reduce its severity by creating a gap, but yesterday’s attacks, was such a terrible thing for Iraqis that it united the entire political and social atmosphere of this country against Turkey.
All Iraqi people irrespective of ethnic, religious, political and party differences jointly, reacted against the approach of the Turkish government and Erdogan himself.

Many Turkish visa issuing offices in different provinces of Iraq were closed by protesters.

Officials, political figures, MPs and social media users reacted to these attacks and demanded a practical confrontation between the Iraqi government and the Turkish government.

It is interesting that the Turkish government started justifying these attacks under the pressure of Iraqi public opinion, which has never happened before.

Iraqi political circles believe that the indifference of Al-Kazemi government and some political exchanges between Iraqi political figures and Ankara have caused Turkey’s audacity and insolence to continue its attacks on Northern Iraq.

On the other hand, such measures of the Turkish government are carried out while the Iraqi market is an important part of Ankara’s business with Baghdad, and also a lot of income for issuing visas and tourism from Iraqi citizens goes to Ankara’s treasury.

However, it seems that this time Erdogan could not use the political differences and social atmosphere in Iraq to his advantage.

Apart from the fact that Erdogan is facing many challenges at home, especially in economic matters, now he is facing a bigger crisis in his surrounding environment, which undoubtedly will impact Erdogan’s plans.