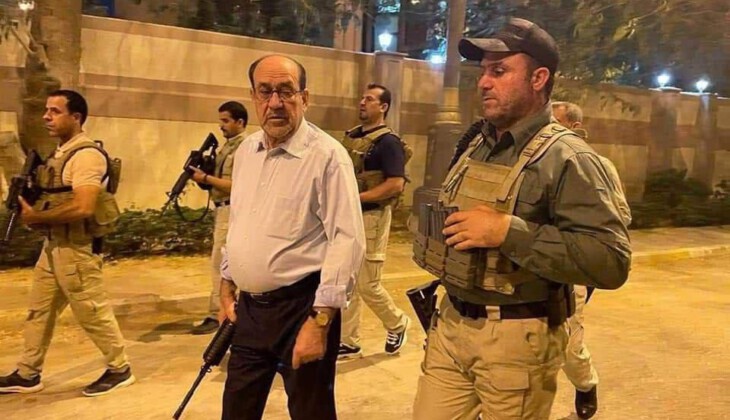 The political history of Iraq is loaded with unprecedented events some of which are the products of political obligations, geographical conditions, population and tribal systems ruling the country that have led the country to witness less peace and political stability.

According to Negah No report the political history of Iraq is loaded with unprecedented events some of which are the products of political obligations, geographical conditions, population and tribal systems ruling the country that have led the country to witness less peace and political stability together with foreign interventions particularly, that the democratic institutions in Iraq have yet been unable to reach stability and maturity due to long and bitter experience of dictatorship of the then dominating Ba’athi party over their institutions as well as avoiding both individual behaviors as well as the interests of their parties.

One of the major problems of some the political streams in Iraq is that they only consider the interests of their party, narrowing down the ruling system and the security of the entire country to only part of their tribal interests or their political situations.
It is for some while that Iraq is in a political dead end and statelessness and this situation rather than being the result of disagreement among the political institutions is the result of the joint scenarios of the US and some Arab countries in order to continue instability and maintain the interests of some of the political streams within the country, in particular, the Sunni coalitions that are financially and politically supported by the foreign countries.

The last night event started when the Shiite coordinating framework came to an agreement over the election of Muhammed Sudani as the new prime minister despite all types of challenges.
Despite the consensus public view and political circles in Iraq over the nominee suggested by the Shiite coordinating framework however, some of pro Sadr stream tried to raise political tension within political situations in Iraq.

There were opposing whispers through social networks in Iraq.
Then suddenly last night some of pro Sadr groups entered the Alkhazra region and the parliament by breaking through the obstacles.
After hundreds of Sadr followers broke through the region, he declared in a message that if the population wishes to retreat, he will respect their will.
It was here that the people retreated from the region.

Of course, apart from the message declared by Sadr there was also a very intense verbal reaction from the political groups that compelled the opposition group to retreat.
Even Nouri Al-Maleki, the head of the coalition government in a strong reaction considered this act as a blatant violation of the legal right to protest and armed himself ready at the Al-khazra region.
It appears that Mughtada Sadr or more positive to say that his advocates found out they had miscalculated for creating tension within Iraq’s political atmosphere and opposing the nominee for prime ministerial position elected by the Shiite coordinating group.
Or perhaps the Sadr stream intended to test their political back up once again by the move made by the opposition groups like what happened in the last few days during the Friday prayers by the advocates of Sadr at the Sadr region.
These days Sadr intends to hold a power display in order to prove to his rivals that his omission from the political scene will leave heavy costs.
It is interesting that the coordinating framework in a unique flexibility continually declared that it invites the participation of the Sadr stream in all political procedures.

Nevertheless, with the contradictory approaches of Mughtada Sadr within the political procedure, one should wait and see if other events may occur before the formation of the government in Iraq.