The case of Sadr

A different analysis on the recent events in Iraq ! 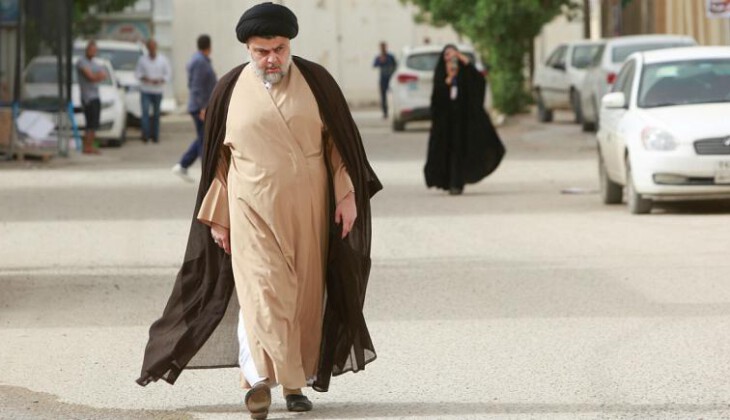 Perhaps throughout the contemporary history of Iraq there is no one like Sadr to represent as a set of contradictory and conflicting features and approaches.

He does not abide by any political process!
He boycotted the elections but later he took part in it with his supporters. He won the majority of the parliament seats, but does everything to postpone the establishment of a new government.
In a sudden move he called his supporters to conduct group resignation.

He withdrew from the political process but prevents any peaceful solution in order to help Iraq move out of the crisis.

After the group resignation of the Sadr faction while the Shiite coordinating framework were reaching an agreement over the nomination of Mohammaed Shayah Al -Sudani followed by signs of political stability thereby distancing from political vacuum, suddenly he calls his supporters to attack the Al-Khazra region and the parliament. Supporters of Sadr who are mostly from the general public moved towards the Al Khazra region, they climbed the walls and entered inside the parliament, all with inappropriate conduct.

Of course, Mustafa Al-Kazemi’s approach is also effective; there is an interpretation that the Sadr group conducted this act together with Al-Kazemi in order to guarantee his re-election as prime minister.

For none of the security forces made any preventive measures for the damages caused to the parliament properties nor for their offense.
The story of Sadr is a tale of many strange and contradictory events who does not intend to retreat from his tactful behavior neither for the sake of Iraq’s national nor for the Islamic and Shiite interests.

This is at a time when through public capacity who are his avid supporters due to their respect to his father, they could endeavor to settle a Shiite sovereign one that could be re-established for the first time since the time of Imam Ali (AS), at a time when Iraq is the centerfold of the Arab- Islamic state within the world of Islam and one that is on high demand by the US and most western countries.
Although we believe that Sadr’s approach is unintentional and is due to lack of awareness, but what is clear is that Mughtada Sadr is moving in line with the interests of the US, the west and some of the Arab countries that financially and politically supported ISIS to create insecurity and unrest in Iraq.