In a Conversation with Negah No, Former Lebanese Minister Tarrad Hammadde said 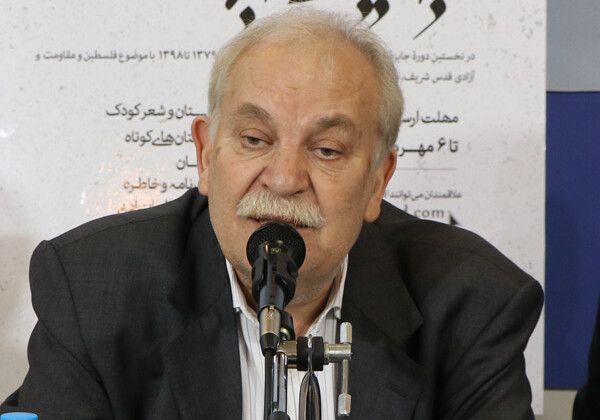 Since 1948 until now with over seven decades since the occupation of the Zionist regime few people would have thought that the eighth decade would turn into a cursed one for Israel. Of course, the Jewish religious teachings of the Zionists have also affirmed this matter.

In a conversation with Negah No regarding the political events of the recent years in the West Asia region former Lebanese minister, researcher and writer Tarrad Hammadde said: “Despite Western and Israeli media as well as their Television network’s continuous propaganda, one should admit that the political literature in the region and the world has changed and a new equation has emerged under the umbrella of the Islamic resistance. The highlights of these changes began from the year 2000 simultaneous to the withdrawal of the Zionist regime from Lebanon, although they claimed it was a tactic but all factors showed that the Zionist regime was forced to retreat by the resistance group.

The peak of their defeat was in 2006 33- days conflict when the legendary literature of the Zionist regime was toppled down.

This is the same Israel that broke through the borders of Lebanon in 1982 and believed that the occupation of Beirut is that simple when they entered the heart of the country not with a military troop but with a group of musicians.

Israel has established its foundations on the motto, “From Nile to Euphrates” and is currently striving to achieve its goals. The 2008 Gaza war and the coming changes showed that it is no longer easy for the Zionist regime to attain its ideals in particular, that there is a new equation emerging called, “From the River to the Sea” which pursues the liberation of the entire Palestine and that means the extermination of the Zionist thoughts and movement .