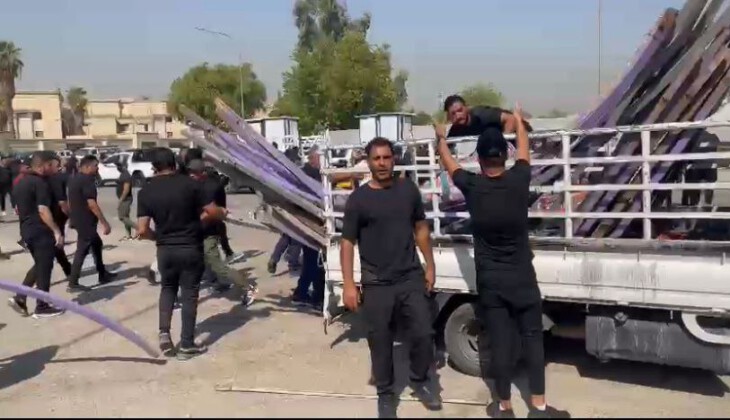 Leader of the Sadr Stream in Iraq made aware his stance to the disputing parties in Iraq and said: “I have no disagreement with the PM’s negotiations requested on the condition it will be public.

According to Negah No report, it appears that Sadr’s request from his negotiating parties is not practical. They believe that the political crises within the country requires negotiations and real talks away from the media.

The stance of the parties that have taken part in the national negotiations with regards to the parliament dissolution and the early elections is not in contrast with Sadr’s position but the dispute is on how to implement it.
It appears that the Sadr stream is inclined to dissolve the parliament through the judiciary power without forming the interim government. This is something that the Shiite coordinating framework and other parties regard as a contrast to the constitution.

According to the Iraqi constitution the parliament may only be dissolved when the members vote to its dissolution followed by an interim government with full authority and not limited one to prepare for an early election.

Now everyone is waiting for the last day of the Christian month which is the deadline by the supreme judiciary court for reviewing the request by the Sadr stream for the dissolution of the parliament either through the judiciary verdict or ordered by the prime minister or the president.

According to the sources from the Sadr stream the civil disobedience is the next option for this party if the crises should continue followed by closing all routes to negotiations and agreements between the parties.
Al-Alam