The US Roll Back

Is Washington Ready to Roll Back to the JCPOA 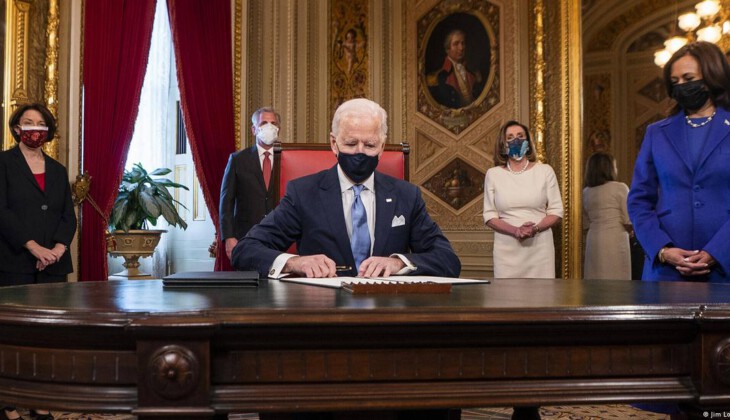 As CNN remarked in the coming days that Biden’s options against Iran are running out there is a new loop adding up to the US roll back! On19th July,2008 the city of Geneva in Switzerland was ready for a hot event. Iran’s nuclear talks was to witness a new representative that was to reveal a retreat in the near future.

The story goes back to five, six years ago when the members of the hypocrite organization (MKO) introduced claims regarding Iran’s nuclear programs when the US found it a good opportunity to dismantle Iran’s nuclear programs.
George Bush, the then US president claimed that Iran’s active efforts to reach the technology that would yield nuclear arms would end up the region into a nuclear holocaust. They were not to give up unless they would bring Iran’s nuclear program into a complete halt and were not even prepared to sit at the negotiation table. There and then, only three European countries came to the negotiating table with Iran. As the then British foreign secretary has narrated in his memoirs: “… the then government of Iran recommended at one point to enter into dialogue over a big deal with the US on the nuclear program but the US declined to enter negotiations with Iran.”
Iran’s senior negotiator (Ali Bagheri) also refers to the memoirs of Wendy Sherman that Dick Cheney, the then US vice -president when encountered with Iran’s recommendation had replied:” We will not talk with the evil”.

But in 2005 following the change of the government the foreign policy faced a new trend and the nuclear programs were accelerated. Iran’s president had announced, “… We are to declare with pride that from today Iran will be among the countries that produce industrial nuclear fuels.”
Now in the coming days of summer of 2008 the US sent its representative to the negotiating table quietly admitting to its retreat.
With Bush’s tenure over, the democrats took over. The new US president also called Iran’s nuclear program a threat for the US. Obama stressed, “I declare that Iran’s nuclear and missile programs are not only a threat to the US but also for the entire region”.

Apparently, the new US president had drawn plans for Iran’s nuclear programs. Several years later Obama spoke in a way to reveal those plans. He had stressed that “… if we could undo all the nails and bolts of the nuclear program, we would do that, but it’s not possible.”
Obama had another dream about Iran; to impose crippling sanctions on Iran. According to him, “…I would devise all forms of elements of power in the US including political pressure to isolate Iran, and impose diplomatic efforts to monitor Iran’s nuclear programs and economic pressure to impose crippling sanctions.”

These were expectations that were later found to be unexpectable. When Obama spoke of ineffectiveness of the sanctions, he stressed: “If we denounced this deal Iran would have sat on the driver’s seat. I think this would crumble down the sanctions and end up in no results for us.”
The end of Obama’s administration was however not an end to the US expectations. The next administration carried bigger dreams. They wanted to force Iran not only with heavier pressures to permanently accept JCPOA nuclear restrictions but also to make a deal with the US on the missile programs and their presence in the region. Their first step to achieve this end was to force Iran with zero oil export.

Pompeo, the former US foreign secretary reiterated: “…we are decisive to make Iran’s oil exports to zero level and we want to do this in the fastest way possible.” Several years later Trump left the White House when the US daily the Wall Street Journal reported of Iran’s oil export and the feeble US maximum pressure against Iran. And now as the CNN refers to the upcoming days that Biden is running out of options against Iran another track is looking ahead for US roll back. The US has raised the option of returning to the JCPOA without having the ability to include the missile program nor Iran’s presence in the region within the treaty.