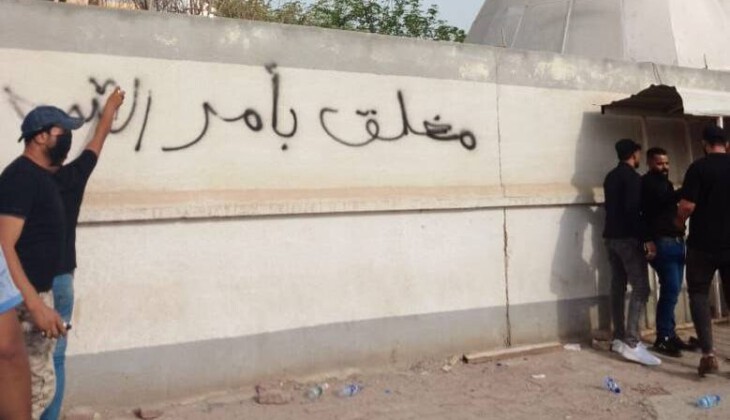 The events that occurred in Iraq with all its costs and bitterness for its citizens ended with peaceful and unprecedented results.

According to Negah No report the political crisis continues in Iraq in a way that any political event in the country may be a calm before the storm.
It appears the early elections and formation of a strong government without Mostafa Al-Kazemi’s presence followed by an agreement between all political factions over a new political system with tolerance over different viewpoints and relying on dialogue for overcoming the crises could in some extent return stability and peace to Iraq.
However, after the events of the past two days, Iraq has turned into a new country with highly significant experiences carrying new messages.
The most important winner of the events in Iraq are the Hashd Shaabi, the one that avoided entering into any clashes despite having military power, backed by people’s support and even avoided delivering a political statement in defense of any group in so far that Mughtada Sadr appreciated Hashd Shaabi in a press conference.
An issue that the Americans and the Zionist regime were working on. They were trying to push Hashd Shaabi into domestic clashes as a means to pave the way for marring their image and disarming them. This was in so far that a Zionist activist had stated in his twit following yesterday’s events where few people tore down the images of Abu Mohandes that this is what we have been waiting for.

The Shiite Coordinating Framework
The Shiite Coordinating Framework backed fully by the people and politics and the majority of the Shiites and even those who used the street strategy called for dialogue. This attempt is the result and understanding behind the scene events and those factors that led to the recent unrests in the past few months in Iraq.

The Iraqi public view
The Iraqi people though are experiencing tough economic situations and political unrest but have managed to overcome this great test distinguishing their real enemy by refusing to enter into the domestic clashes.

But those who failed in the events were those who had opened up an account over the civil bloodshed and disputes within the Shiite household. They were hoping that the situation in Iraq would return to those periods of October protests.

The Saudi Arabia media networks such as Al-Arabia and Al-Hadas who were taking over the protests in their own interests failed to implement their scenarios. The scenarios that were to mar the image of Hashd Shaabi and even to accuse them of shooting the protestors.

This scenario was also to be planned on Iran in order to affect the Arabaeen and the great Arabaeen march at its lowest level.

Although the attempt and the speech delivered by Sadr was unique in its own kind but one should agree that what saved Iraq from domestic conflict besides the courage and statement of Sadr was the tolerance of the Iraqi people and all the political factions in the country.