The goal is to Turn Iran into another Syria 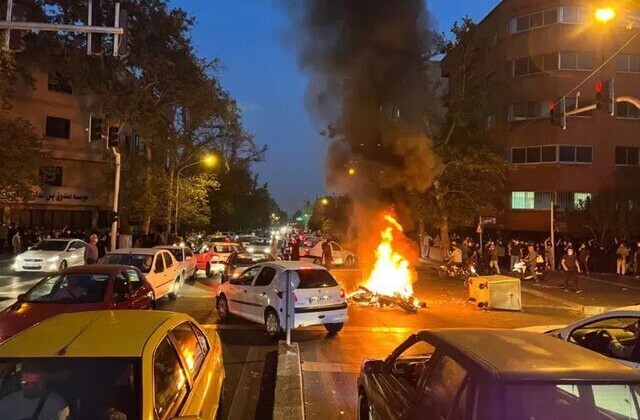 There is an overwhelming and shocking news going viral in the media. A young woman died after been arrested by the morality police at the police training center.

The actions and the natural behavior towards this news is to receive accurate and correct news through official channels. But before releasing any actual news on its details suddenly there is a huge wave of fake and instigating news spread from international media together with some political sources with dark and terrible records that begin to offend the police and its entire institution.

This coordinated attack does indeed raise doubt when suddenly the news on the sudden death of Mahsa Amini who was in coma earlier aroused verbal rage by some political wings and some celebrities supporting them who had failed to win people’s votes in the previous elections. The opposition media when looking at the situation to be the ripe time for fanning the flames stepped in. One of the main figures of the Komoleh party in talking with BBC Farsi admitted unintentionally that they were already aware of the time and place of Mahsa Amini’s death and had enough time to plan and arrange further ahead.

This confession shows it is probable that the Komoleh party play a role in victimizing a Kurdish woman in order to repeat the Syria conspiracy for Iran i.e., breaking down Iran, and this should be clarified for the family of Mahsa Amini.

In the past few days in addition to Joe Biden, the president of the USA and Lapid, the fake Israeli prime minister, many international players expressed their concern by bolding fake and fabricated news and rumors in Iran and supporting people who joined the riots.
This is when the women’s situation in the US based on the official reports indicate that one out of every six women in America are raped to this day. The films and images released show a systematic violence conducted by the US police against women, a situation that has turned into a serious issue throughout the world.

Currently, the issue on the rights of women or opposition on the death of Ms. Amini is a forgotten issue and the anti- revolution faction living abroad have stepped further and have issued murdering police forces with the aim of disintegrating the country!
The main target of the enemy is to divide the country such as in Syria.

The Islamic republic of Iran supported by the resistance movement prevented the disintegration of Syria and destroyed ISIS with the bravery of Martyr General Hajj Ghasem Soleimani and the martyrs of the defense line in the region.
Surely, the powerful Iran will never allow such an illusion to take place.