The end of political dead end; Iraq elected its president and prime minister 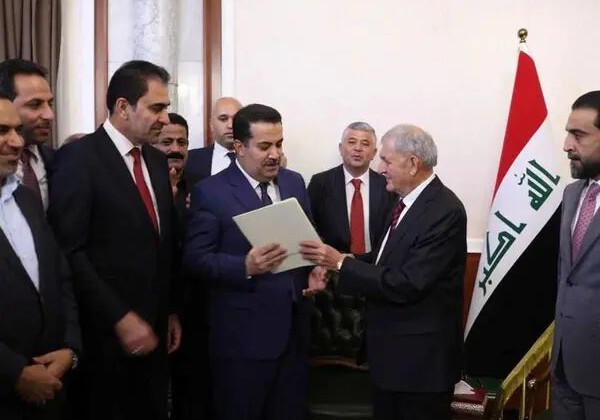 At last, after several months since the elections in Iraq and the ups and downs despite all foreign scenarios for creating political vacuum and economic pressures, the president and the prime minister were elected in Iraq.

Although it seems too early to witness peace and stability given the current situation and the political streams in Iraq.
Apart from foreign scenarios the major obstacles for the return of political peace and the return of Mohammad Shayah Al- Sudani, the incumbent prime minister to work are the followers of Sadr stream who without clear political understanding and internal situation and foreign conspiracies are a major threat in the Iraqi political scene.
Never the less, it appears there are closer conversions among political streams for creating stability and steadiness in Iraq.

Al- Sudani is a renowned figure with no dark side within the political scene and among the public thought. Most of the oppositions of his premiership are those economically corrupt who have no good memory from his of ministerial period.

The Kurdish house’s agreement over Abdul Latif Rashid’s nomination and his election as the president is also highly considerable. Abdul Latif Rashid is the brother-in law of M. Jallal Talibani. He could draw the parliament’s attention way more than Barham Salih, the current president.

This was in as far as the fact that political tolerance and self- endurance of the leaders of the Shiite Coordination Framework could win at last. And exactly at a time when every effort and planning was made to create grounds through the US puzzle to play in the team of the restless Sadr group.

Up until now the coordination group regard the Sadr stream as their main partner in completing the political process within Iraq despite their withdrawal from the parliament.
The final Iraqi agreement yesterday heralds a better future and political stability ahead which is the result of tolerance and political patience of the Shiite Coordination Framework.