In the Bahrain election meeting participated by the opposition leaders:

Boycotting the Bahrain Elections by All Opposition Groups and Bahraini Streams 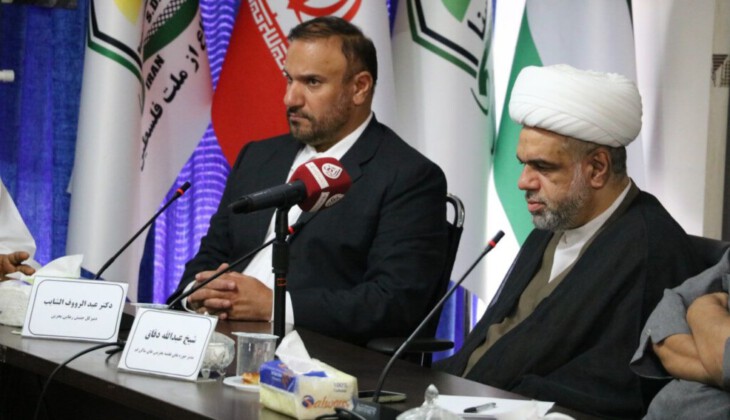 Less than two weeks has remained to the formal election by Al- Khalifah.

Bahrain is a unique country in terms of the Islamic revolution, continuing to hold its peaceful revolution despite Al-khalifah’s suppression supported by the US and UK.
Coinciding with the coming soon formal election intended to legitimize the current political system, a meeting was held with the presence of all the well -known figures and leaders in every political stratum at the Society for Defending the Palestinian Nation.

At the beginning of the meeting Dr. Rashed by emphasizing on the dual policies of the Al- Khalifah reminded that the Al-khalifah system is a tyrannical system that is trying to legitimize its political identity by holding a formal election.

He reminded on the importance of holding a press conference considering the events that are occurring in the region. He said: “By reviewing the internal situation in Bahrain given the current regional and international situation is highly important and it is very much probable that dangerous events could take place and even a war may strike in Bahrain.

He stressed:” The region and the world are currently under these intense situations and it is clear that we are witnessing a reform within the power balance in the world which will definitely have its consequences over the present situation”.

He then added “… ever since the revolution initiated on 14th February, 2011 its impacts have resonated to this day. Perhaps today as an opposition group I would be proud of the strategic achievements gained by the revolutionary people who have echoed their efforts beyond the geographical region of Bahrain itself.”

He reminded: “One of the most important impacts of the people’s revolution was to reveal the tyrannical ruling regime and to show it to the world that it is a dictator without legitimacy, it is usurping and it is illegitimate.”

At the end of his speech Dr. Al-Rashed stressed, “…we will declare our absolute opposition to this tyrannical regime and will announce the results to everyone.”
Abdul Rauf Shayeb, Secretary General of Bahrain Liberation Front said: “We are against the formal elections and we will boycott it.” The Secretary General of the Bahrain Front by referring to the Al -Khalifah ruling system said that we are against this system and all their behavior and its elections. He added that the formal election is an effort to legitimize the political system of Al-Khalifah and said that all political streams in Bahrain are against holding such elections and have boycotted it.

Allameh Sheykh Abdullah Salih, deputy Secretary General of the Islamic Action Society emphasized: “The people’s demands are quite clear and transparent. The people know what they want, that is why the Al -khalifah system is trying to reduce the people’s status by giving citizenship to foreigners and in this way legitimize its regime. 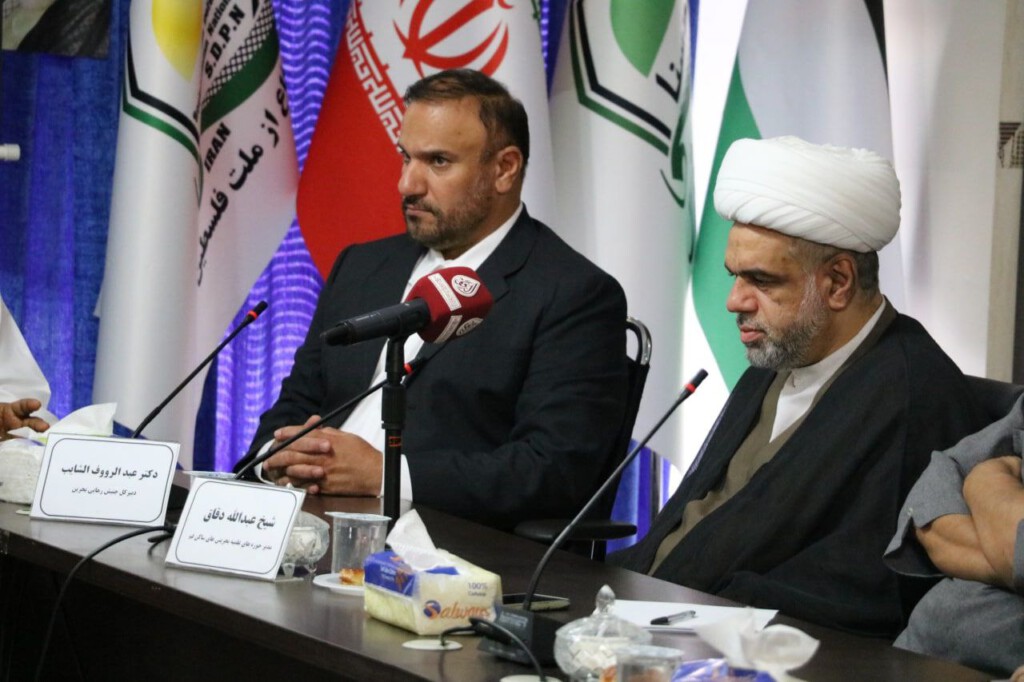 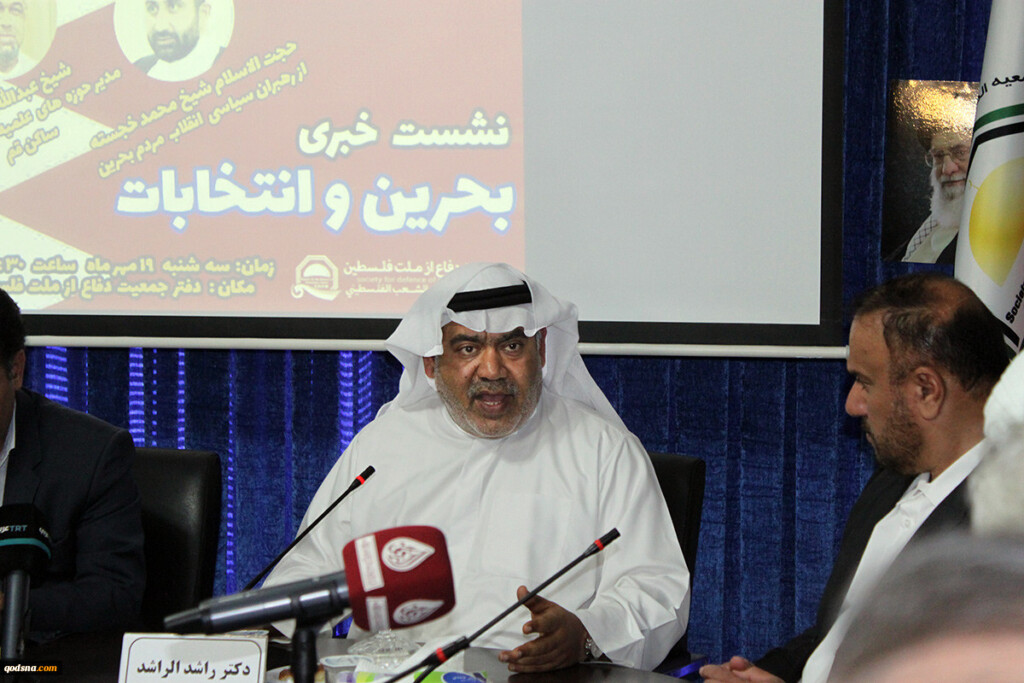