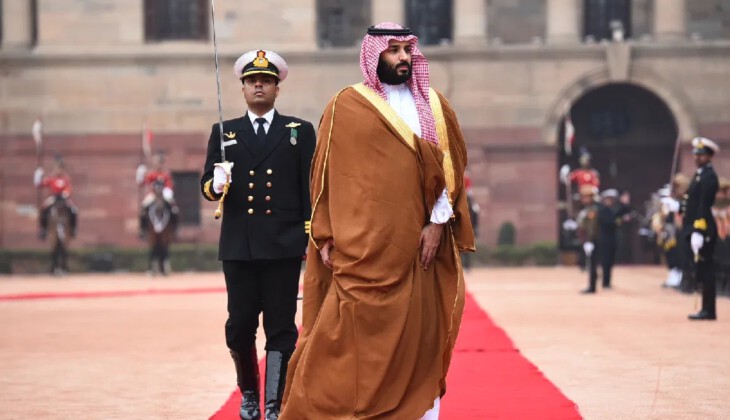 Undoubtedly Saudi Arabia is not the only Arab despotic kingdom that crosses over all primary rules of democracy and social traditions in order to guarantee its political stability as it is filled with contradictions of reformation and suppression.

According to Negaheno report however, one can say that within the new definition on tyranny and reformation it is a kingdom that is unique in its own way uncommon in any other part of the world. Though it is taking a reformational gesture but it is carrying on with one of the worst political despotisms.

Saudi Arabia is the only political system in the world that until very recently the heirs to the thrown were succeeded from brother to brother but after the accession of King Salman supported by Donald Trump, the former US president, the accession system moved from the king to the crown prince.The Americans also supported the succession of Bin Salman with the aim of providing energy security and to benefitting from the role of Saudis in changing the game rules in the region and to create an alternative model against the resistance movement.

In response to the contradictory approaches supporting a dictatorial political system in Saudi Arabia and some other Arab countries the American authorities justify that they do not intervene in other countries’ political system. Due to his father’s illness Mohammad Bin Salman has taken over all the power and decision makings and is trying to define himself a reformist within the Saudi society.

He has even gone further fighting against the traditional Wahabi society and has undertaken certain superficial reforms. He holds Halloween parties in Saudi Arabia and at the same time the news media report on the execution of several children and youth in Saudi Arabia.

Bin Salman displays himself as a reformist when the Saudi media such as Saudi International and their affiliates in the region are meddling in the internal affairs of the regional countries, instigating the public views, supporting ISIS.Against the public views worldwide and the human rights activists, by utilizing Turkey’s profiteering spirit and the US incitement it attempted to cut Jamal Khashoggi into pieces in the very Saudi Arabia’s consulate in Turkey.Nevertheless, despite this approach it continues to support the ISIS groups and to maintain the mindset of the Wahabis in order to secure the interests of Israel and the USA in the region.

Bin Salman tries to undertake both the superficial reforms in Saudi Arabia as desired by the West and also support the Wahabi- Takfiri elements.