The Beginning of the Third Round of Xi Jinping’s Presidency

A Look at the Ten- Year PerformanceThe twentieth 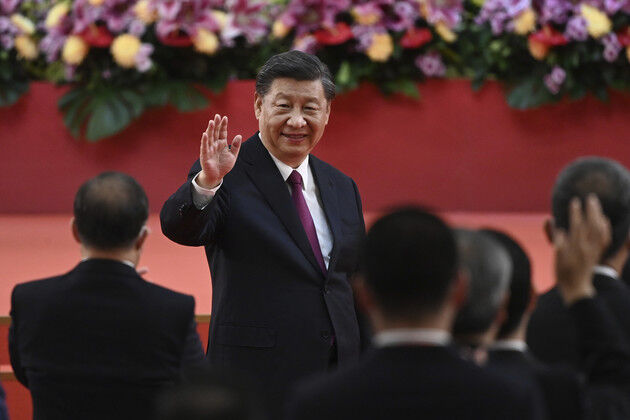 congress of China’s communist party elected Xi Ping for the third time as the president of this country after a week of negotiations and discussion. This report will look into his ten- year performance.

According to Negaheno report this election was turned into one of the most significant areas of attention by the western media. As the media narratives of the west followed by Iranian media backed by western intellect was also highly disseminated in as far as many domestic media referred to Xi Ping as the new Mao.

But this in a way is promoting western view which tries to induce the idea that the change of Communist party leaders and the leadership of younger figures supporting Xi Jinping in the party shows China’s tendency towards dictatorship.They have also anticipated that in the new term Xi Jinping like Mao would move towards internal cleansing within the party in so far that it would ultimately lead to dissatisfaction and domestic conflicts.

Similarly, considering the concerns regarding the increasing power of XI Jinping and his type of management regarding Taiwan crisis would intensify by the Western countries, the following are some of the examples:- In his speech at the twentieth communist party congress, he made no direct reference to the increasing tensions between the US and China over Taiwan with Nancy Pelosi’s trip, the US Congress speaker to Taiwan, rather by emphasizing on One China and speaking about the foreign forces who have targeted this issue, used a softer tone towards Taiwan showing that China has no urgency for controlling Taiwan, a policy that has been emphasized over the past few months.- From Xi Jinping’s view Taiwan could not be annexed to China through the use of military attempts, rather it is the people of this region who should come to such view as the return to their motherland is the best choice. He used a soft tone before the people of Taiwan and the government of the region, he showed there will be no immediate security threat for Taiwan and has no intention of military invasion to this region.-

This is the same analysis that many regional experts emphasize over China and East Asia and believe if it weren’t for the instigating measures of the US, one could even expect to see no military drills in the region.

However, the US media pursuing their government policies have during the past several months tried to escalate the tensions in the region and have stated in many instances that within the communist party, Xi Jinping has been confronted with many criticisms who believed he had not made any firm reaction to the US and Taiwan over Nancy Pelosi’s trip to Taiwan.

But the recent speech of the leader of the communist party showed that not only Xi Jinping is inclined to see Taiwan join the motherland in a peaceful and quiet manner and has no intention of using arms against its people but also, he preferred to show his invasive approach to the US in his speech.

Therefore, it is highly important for China to secure peace and security in the East Asia region.
The speech delivered by Antony Blinken, The US Secretary of State is exactly the opposite of what Xi Jinping stated and he believes in his new presidential term he would witness increasing military tensions between China and Taiwan. This in fact is not present in military and political programs of Beijing (Peking) showing that the US is pursuing to radicalize the atmosphere.

By going through the US activities in destabilizing the East Asia region and endeavoring to arm Taiwan against China this is one of the areas to deal with more than before.One area of serious concern by the west regarding the future of China is the program of the leader of Communist party for increasing the military products in the country and simultaneously, to increase the use of high technology in their products. In his speech he called for an all-sided efforts of the technology companies for winning their competition with the west and requested the
them to undertake measures to make China only rely on domestic products in terms of strategic and high -tech commodities reducing foreign reliance.

The difference between his speech and the one addressed 5 years ago was that in the previous speech he had requested to pay attention to the commodities in the market but in the recent speech, he has asked the companies to move towards producing strategic commodities needed for the country. This indicates the China and US competition is mainly over the micro chips that are produced in Taiwan and are to increase and so China needs to advance its military instruments such as the technology needed in the conflicts more than ever before.

Hence. It is highly significant to deal with the reasons behind China and US competition.In dealing with Xi Jinping’s ten- year performance, one could refer to the following points: Xi could draw an image of power and authority by establishing anti -corruption campaigns and economic growth.

A government that in one decade could expel and persecute over 1.5 million people from top levels of administration due to corruption He also to tried to revive the ancient silk road that joins China to Europe by constructing a ring road and now despite all the problems that the US administration have imposed on Beijing this project is under progress in an informal way, away from media and political controversy. This ambitious project will join over 150 countries in the world stretching from East Asia to South East Asia, Central Asia, the Middle East or West Asia and even Africa from Economic stance.

With regards to defense issues, he also could increase China’s defense budget and turn the country into the second largest country for defense expenditures. Similarly, efforts for technology progress have increased remarkably turning China into a powerful counterpart for the US in so far that the conflict over 5G during Trump’s administration turned into a full-fledged encounter between the two countries.It so appears that the encounter in Taiwan is more associated with the micro chips that are highly needed by the world technology poles i.e., China and the US rather that the military issues.