The Odium Cup! The Zionists’ Description of Qatar’s World Cup/Doha is Not Safe for the Israelis 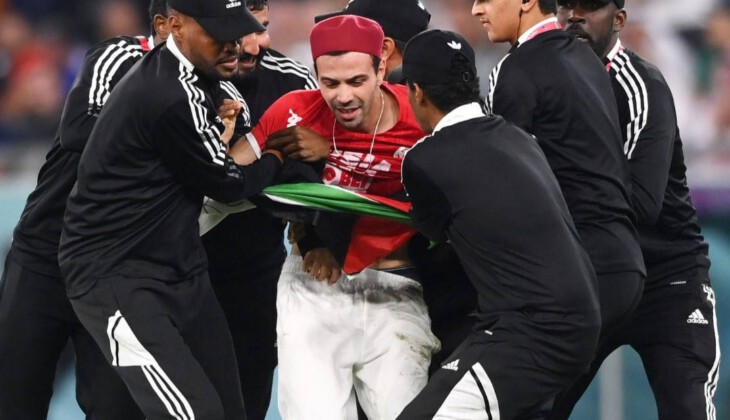 Before the beginning of the world Cup in Qatar the Zionist regime thought that they could benefit from the World Football Cup like all other world events for a number of goals.

According to Negaheno report these goals were: to propagate for normalization of relations with the Zionist regime, to amend the brittle internal structure of Israel and to suppress the Palestinians.

There was also a security assessment: that due to the internal circumstances in Iran they imagined that achieving those goals would be much easier than before given the current situation. Therefore, the presence of Israeli reporters among the football fans and the surrounding areas of the games in Doha was planned with the aim to assess the reactions of the world nations towards the Zionist regime.

But things went completely the opposite of what the Zionist regime had imagined. Not only the Islamic nations and the people of Qatar reacted to the reporter of the Zionist regime and chanted slogans of Down with Israel, but also, most people from across the world in Doha stretching from Asia to South America reacted to the Israeli reporters and refused to have an interview.

This intense reaction to the Israeli correspondents was in such a way that today the Israeli newspaper, “Yedioth Ahronoth” referred to these reactions saying that this world cup is a world cup of hatred against Israel and the streets of Doha are unsafe for the Israelis.

Thus, what the Israelis were after, to take the opportunity for getting closer to the world public opinion for normalizing the relations and to stabilizing themselves has turned into a hatred against the Israelis.