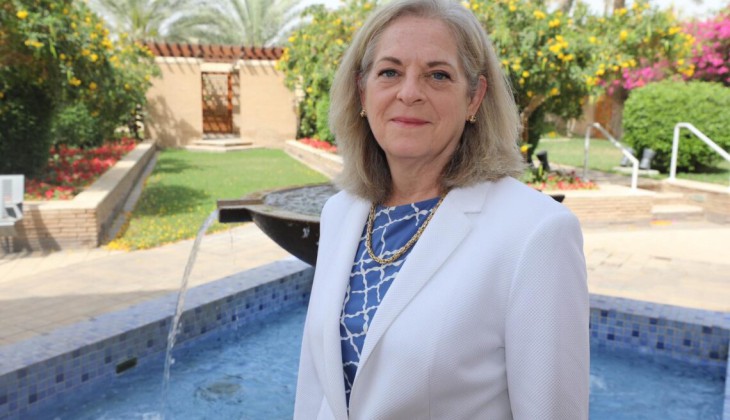 Since 2019 onwards, Romanowski has been the US ambassador to Kuwait. She is from Illinois, US, and her parents are both immigrants.Her father is Polish and her mother is from Canada.

According to Negaheno report the new US ambassador to Iraq was educated in Tel Aviv university and can speak French, Arabic and Hebrew.

ISIS and the US Ambassador in Baghdad; Washington Pressure Tools Over Al-Sudani Cabinet

The Americans are trying to pose pressure over the new Iraqi prime minister in the new government of Mohammed Shayah Al-Sudani in order to pursue the same approach that were followed in the interim government of Al-Kazemi.

This scenario was planned when it appeared that the new government of Al-Sudani is successful in fighting corruption and creating economic hope in Iraq.

In particular, this is for the first time within the political atmosphere of Iraq that the country is moving towards political stability and endeavoring to achieve economic growth.

The Iraqis believe that Washington possesses many tools that would use whenever they see Iraq has reached a point that it intends to protect its honor and is after its own interests, that is why, Washington ambassador’s move in Baghdad with her suspicious actions are part of the plan for this purpose.

Another US tool is representing ISIS terrorist groups and terrorist portfolio, bringing the criminals to the west and north regions that occurred in the recent attacks in Taremieh, Salahuddin and other areas.

That is why in recent days there are whispers to be heard of the return of ISIS with the help of US ambassador to Iraq by reinforcing US affiliate NGOs. NGOs that appear to be people -oriented but in fact they try to widen generation gap and change the taste of the Iraqi people at different levels.