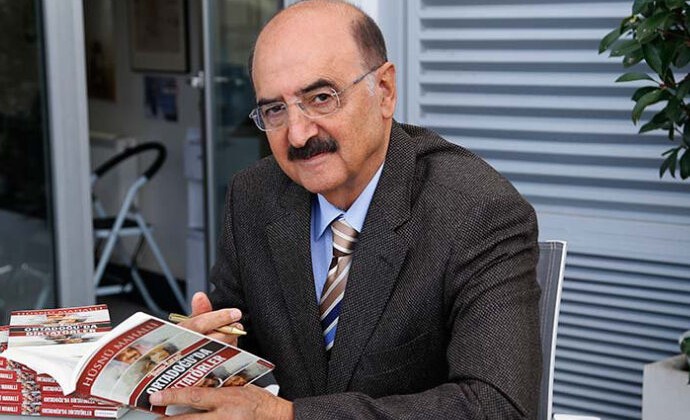 Since the taking over of Justice and Development Party, the foreign policies of Ankara regarding the regional changes have always been adopted based on Party’s interests and internal consumption. The political structure of Turkey is unique in adopting a swinging position.

According to Negaheno report, there are few countries that are without a principal strategy this far within their foreign policy and are always changing and swinging as it was rarely the case for Turkey to have a stable and strategic policy within its agenda.

The truth is Erdogan has always tried to benefit from regional dossiers by intervening in their affairs for its political privileges.

In the early days of crisis in Syria Turkey entered the crisis with the same approach of preferring the interests of the party over the national and regional priorities and took position in one side of the equation. In so far that today a large part of the deadlock for a peaceful solution over Syria’s crisis is due to the intervention of Turkey and its support to the terrorists in Edlib.

In a special interview Hosni Al-Mahali said: “I believe Turkey’s proximity with Syria is more of a tactic. On the other hand, I should remind here that it is difficult for Turkey to accept Syria’s conditions and this is what Bashar Assad said to Iran’s foreign minister, Amir Abdullahian, who said: ‘There can be no way to talk of reconciliation with Turkey unless they accept the conditions of Damascus.’

He continued: “Turkey cannot and will not accept Damascus conditions in particular, that Turkey’s retreat from Damascus territory, and ending support of the terrorist groups located in Edlib and also cutting support from what is called the free army are part of the main conditions of Damascus for reconciling with Turkey.” Hosni Mahali added that Syria Free Army are directly supported by the Turkish army and its commander.

Referring to the point that Turkey’s behavior is more of a tactic he added: “The second reason is that the issue of the Syrian refugees is highly significant for Erdogan in the future elections in Turkey and one single photo with Assad can increase votes for him for solving the crisis in Syria and the refugees which are part of their current challenges existing in Turkey and could increase Erdogan’s popularity.

This Turkish senior regional analyst added: “On the other hand, Erdogan would like to convey a message to the Saudis and the Emiratis that he is ready to reconcile with Damascus and in this way guarantee financial aid from these two countries as it has received funds of over 5 billion USD from them so far.

This Syrian expert residing in Turkey said: “Another motivation for Erdogan is its proximity with Russia and Putin, for Ankara has been funded by Russia by up to 20 billion USD and it has been promised to have its debt repayments postponed.

By referring to the use of Erdogan from the Kurd’s stance in Syria and Iraq, Hosni Mahali said that Ankara is reluctant towards the effective presence of Iran in the region in particular, their closeness with the Kurds.