A domino of political crises begins in the West 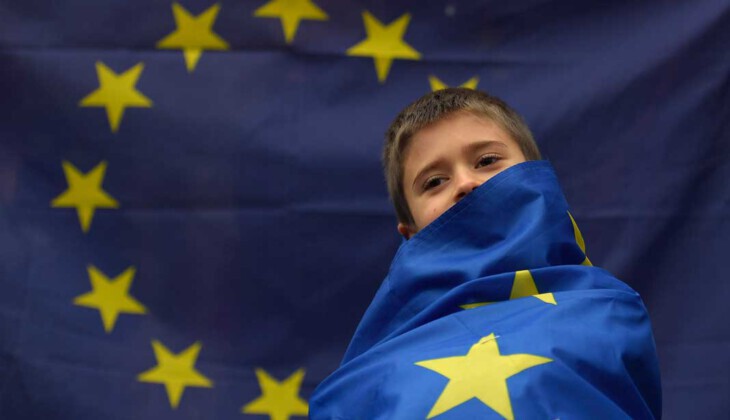 There is a probability of the right -winged radicals and populists to come up in the European countries due to the Ukraine crises and the rise in prices.

According to Negah No report, Italy has reentered a new political crisis following the resignation of its prime minister. Many believe the main reason for the crisis is due to an emergence of populist advocates in the 2018 elections which during several periods paved the way transferring from left- winged populists to right -winged populists within Italy’s political atmosphere. This repeated mistake however has led the prime minister to resign leading to the cabinet collapse.

The efforts of both wings, i.e., left and mid- right for attaining power in Italy in the past few years has ultimately led to the formation of Mario Draghi’s government which was a combination of both left and mid -right parties even though they were populists. Their formation and their incompetence led to the growing increase towards radical right wings such as ‘Brothers of Italy’, as it is now foreseeable that they would be voted for more than other parties in the upcoming elections.
Although Draghi’s cabinet was most likely to collapse from long before but it wasn’t expected this early; i.e., in the midst of a war in Europe, Italy’s fighting against climate change and the widespread fire in the country and above all it occurred a little before the important meeting of its government with the heads of Europe’s central bank.

The main reason for the collapse of Draghi’s cabinet is not due to political crisis in Italy but actually the political crisis in Europe and the US. In the early stages of the Ukraine crisis and Russia’s military invasion to this country, many of the European leaders gained popularity within their communities by expressing their defiance to this action. Biden could revive his popularity after a long while, Johnson, the British Prime minister, could escape the pressure of resignation and dismissal and Macron could win the presidential election in France.
Over time and with the emergence of economic crisis in the western countries due to energy shortage and sanctions imposed against Russia, the western societies witnessed disintegration and disruption in their unity towards Russia, people began street protests and raised their voices through the social networks towards the status quo.
After a brief while Johnson was finally forced to resign. Biden witnessed the lowest rate of popularity throughout his entire presidency and the government of Italy which has the weakest economy in Europe collapsed.
Although there are certain optimisms regarding the establishment of the left- wing party in the upcoming elections in Italy, however, most experts believe that Italy would fall into the trap of the radical rights and this would be an anticipating result for all western countries including the US.
The defective and incompetent economic cycle, a government emerging out of a wave of emotions and with ideologies that has no conformity with its composing groups and above all with people who are tired of the flawed political and electoral systems have all led people to move towards radical right- wing parties.

This could happen for every western country provoked by the Ukraine war: The increasing rate of inflations in the western and European countries, the inability of the authorities to curb the corona pandemic and provide timely vaccination, the soaring energy prices and street protests that can occur in any of the European or US cities, are all to be expected in the western countries at any time.

Note:
The fall of European governments in the form of tumbling dominos is due to economic problems and lack of energy security.

The unpopularity of Biden’s government is due to its billion dollars’ financial support to Ukraine sent from the US tax payers’ money and the soaring gas and energy prices that are left unnoticed in the US.

The heavy costs of supporting Ukraine by the west and the probability of covering several folds of the same costs against China, since currently the US is instigating China to attack Taiwan.