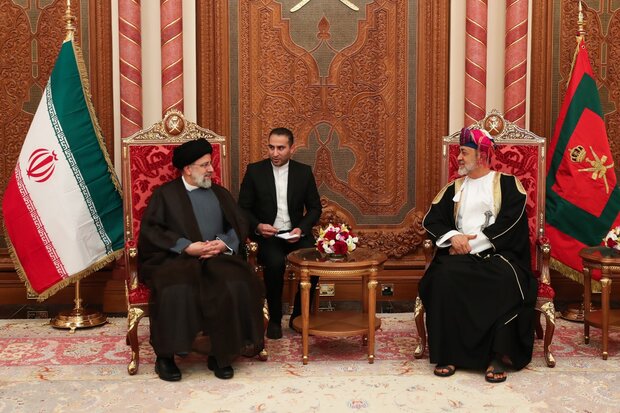 "Iran-Oman relations will not be limited to economic and trade relations and will include such major areas as political interactions and cooperation," he added.

Since taking office in August, Raeisi has emphasized the need for more trade and economic cooperation with Arab countries in the Persian Gulf.

His administration has reached major agreements with Qatar while trade delegates have been dispatched to the United Arab Emirates and Oman in recent months to explore increased economic ties with those states.

Figures by the Iranian customs office show trade between Iran and Oman reached $1.3 billion over the Persian calendar year to late March, a record high and an increase of 53% against the previous year.